The 45-year-old – who replaced Marc Lièvremont after France's 8-7 defeat to the All Blacks in last year's World Cup final – faces tests against Australia on November 10, historical bogey team Argentina a week later and then the physical Samoans.

Saint-André said that he was looking to winning all three so that France can capture one of the top four rankings in the world and a seeding in the 2015 World Cup draw in December.

"These November tests have never been as important," said the former captain and star winger for France with whom he won 69 caps from 1990-97 after unveiling his 33-man squad for a pre-test training camp.

"They are not just November test matches. We are fifth in the International Rugby Board (IRB) rankings.

"The draw for the four pools for the World Cup is in London on December 3 and if we can gain a place in the rankings we will be a top seed, which has rarely happened in France. It would be fantastic."

However, Saint-André couldn't resist a dig at the French Top 14 calendar as well as the European Cup schedule for not giving him more time to prepare his squad.

"We are entering the sprint stage for the 2015 World Cup," said Saint-André, fondly nicknamed 'Piglet' for his running style during his playing career.

"We have a particular type of system which sees us play against countries who are more like clubs, because they have had so much time together.

"We only have three days together (the training camp November 2-4) but we are going to beat them with the rich talents of the Top 14."

Saint-André, who had a modest opening Six Nations campaign where France finished fourth, said that he had decided to retain faith with a large part of the inexperienced squad that tied a two match series with Argentina in South America in June.

"We have remained coherent in our selection, there are 20 from the Argentina squad because this group (who toured Argentina) is the bedrock of the French team," he said.

"After them there are three who we rested for the Argentina tour and have recalled: Nicolas Mas, skipper Thierry Dusautoir and Vincent Clerc.

"We have also been logical in our selecting those players who are in form in the Top 14 like Yannick Forestier, Damien Chouly and Jocelino Suta, who is the first choice in the side (Toulon) that is top of the Top 14.

"After that we maintain, because we still have a little time, having a young player in each line in the scrum and backs, players who we think have a huge potential but who may not yet be ready but we hope will be in 18-20 months."

Saint-André, who coached at club level English sides Sale and Gloucester and French outfits Bourgoin and Toulon, said that the youngsters would learn a lot from the three day training camp.

"They will come here, see the systems we use, how they work, live with the players from the French team… They will be three important days," he said.

"The tests against Australia and Argentina will be revealing for us.

"The Australians have been together for four-and-a-half months and are preparing for their tour with a friendly against the All Blacks on Saturday.

"It is not a country we are playing, it is a club! Argentina will never have been better prepared than for the match with us.

"They have also been together for four months and played in the Four Nations championship.

"For us it is an exciting challenge. We have only three days to really work with the 33 players.

"There will be a good training session on the Sunday of the training camp and if a youngster plays out of his socks during the afternoon and is the best of the 30 then we will keep him for the first Test." 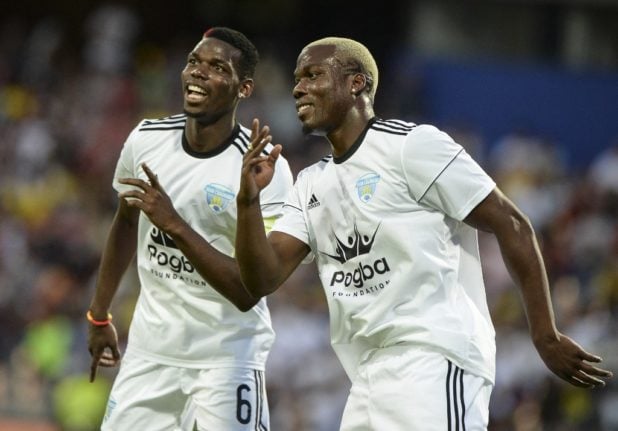