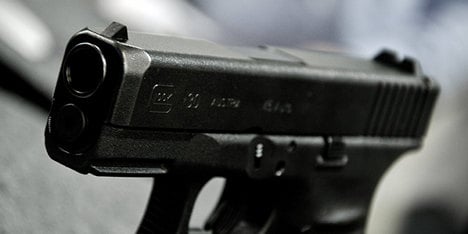 The 38-year-old hammer-wielding man was shot twice with the stun guns – which use an electrical charge to incapacitate a person – by police in the Paris suburb of Colombes after an altercation with a friend in November 2010.

When officers attempted to check his identity papers, the man seized a hammer to beat them back, injuring four of the eight police who pursued him through the apartment block.

A judge ruled that the Taser shots "did not play a direct and certain role" in the man's death, adding that an autopsy showed it was a result of the genetic sickle cell disease from which he suffered.

A lawyer for the Malian's family said they would appeal the ruling, which was made last week but only became public on Monday.

Police shot the heavily overweight fugitive twice with Tasers, which fire a pair of charged darts into a target to stun him with 50,000 volts. He was also tear-gassed and struck with a baton.

Officers eventually managed to arrest him and were bringing him out of the building in the block's elevator when he collapsed. Paramedics were already on the scene to treat injured police but could not revive him.

The boss of Taser's French subsidiary, Antoine di Zazzo, said in reaction to the court ruling that it showed that once again the weapons made by the US-based firm had been wrongly accused of being at fault.

Thousands of Taser guns are used by police across France.

Human rights activists have long criticized the stun guns, challenging previous claims from the manufacturer that they are a safe, non-lethal alternative to handguns.

Taser has a long history of successfully challenging legal cases and suits involving its devices, mostly in US courts.

Data collected by rights group Amnesty International showed that at least 500 people have died since 2001 in the United States following their arrest or incarceration after being shocked with Tasers or similar electrical weapons.