The court in Val-de-Marne in the southern suburbs of Paris acquitted the 10 accused of collective rape committed against two teenagers in the poverty-stricken housing schemes of Fontenay-sous-Bois 13 years ago.

Four defendants were handed down sentences ranging between one year in prison to three years suspended for raping one victim, identified only as Nina, now aged 29. Rape charges concerning the other, known in court as Aurelie, now 28, were dropped against four defendants.

A lawyer told AFP the four men convicted had admitted to having had sexual relations with Nina, but claimed she had consented.

During the three-week trial held behind closed doors the prosecutor had called for prison terms of five to seven years for eight of the accused, admitting there was "doubt" about the cases against the six others.

The two young women, who said they had been repeatedly raped in particularly sordid conditions, failed to attend many of the hearings for medical reasons and were not present to hear the verdicts.

A lawyer for the victims said they felt they had been present at a "judicial shipwreck for women". 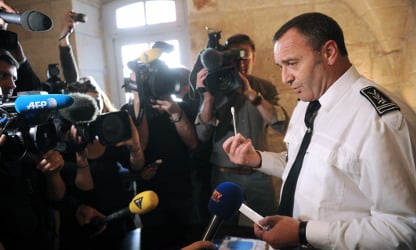 Police have finished an unprecedented DNA collection in the hunt for a rapist. Photo: Xavier Leoty/AFP