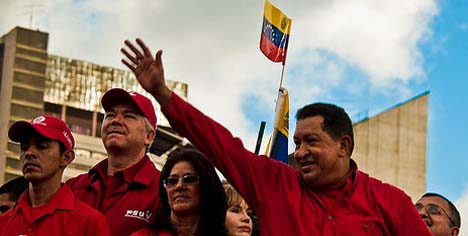 Hollande "congratulates President Chavez on his victory", the Elysee Palace said in a statement Monday, adding that the French leader "wishes for success in accomplishing his mission" and wants to "consolidate relations" with Venezuela.

The statement also stressed the smooth running of Sunday's election, which it said "enabled the Venezuelan people to express their choice in pluralism and complete freedom".

After almost 14 years in power, Chavez survived cancer and the most formidable opponent of his presidency, youthful former state governor Henrique Capriles, to win another six years in power with 55 percent of the votes cast.