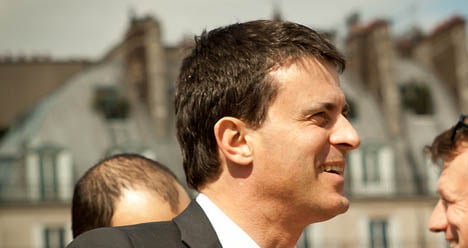 Manuel Valls issued his warning in the wake of a nationwide sweep at the weekend which left one man dead and 12 others in detention on suspicion of either being involved in the bombing of a Jewish grocery last month or of planning other anti-Semitic attacks.

"We know that there are dozens, even hundreds of individuals who are capable of organising themselves like the group that has just been dismantled," Valls said.

Richard Prasquier, the head of the CRIF, the main representative body for French Jews, said Monday that Islamic radicalism was akin to Nazism and warned that society had not yet realised "the scale of the evil" it faces.

Police on Saturday shot dead the suspected leader of the group, Jeremie Louis-Sidney, 33, after he opened fire on officers seeking to arrest him in a dawn raid at his home in Strasbourg, eastern France.

According to the police, traces of Louis-Sidney's DNA had been found on the pin of a grenade thrown into a kosher grocery in the Paris suburbs on September 19th.

Subsequent police raids on addresses in the Paris region and in the Riviera resort of Cannes resulted in 12 suspects being detained and a total of €27,000 ($35,000) in cash being seized along with arms, radical Islamic literature, computer files and a list of Jewish organisations and associations.

The raids have caused alarm within the Jewish community, which has registered a steady rise in the number of anti-Semitic incidents, both before and since Islamist Mohamed Merah's March killing of rabbi Jonathan Sandler, his two children and one of their schoolmates in Toulouse in March.

Merah also killed three French paratroopers before dying himself in a police siege.

It has since become clear that he had been on the radar of France's internal security services for years and that authorities fatally under-estimated the extent of his radicalisation following trips to Afghanistan and Pakistan and the threat he posed as a result.

French President Francois Hollande has ordered tightened security around synagogues and other possible targets in the wake of the weekend's developments.

Investigators probing Louis-Sydney's group are trying to establish if they had more attacks in the pipeline. Testaments found at his flat have indicated he was planning to die a martyr.

Nearly all those detained are under 30, born and brought up in France and several of them, including their suspected leader, are thought to have converted to Islam as adults.

Louis-Sidney is believed to have converted and been radicalised during a prison term for drug dealing.

Valls said indoctrination in prison and the distribution of Islamist propaganda via the Internet and satellite television had all contributed to the threat posed by what he termed "internal terrorism".

Predicting further arrests, the interior minister said he thought there could be several groups operating in France but acknowledged that dismantling them before they could do any harm was not easy.

"They are very mobile individuals who feel they are under surveillance and who make little use of mobile phones," he said.

Police sources have said that several of the detained suspects were armed at the time of their arrests, including one in the Parisian suburb of Torcy who was picked up on his way back from morning prayers.

Documents found in his flat indicated he considered himself a jihadi and had extreme anti-Semitic views. 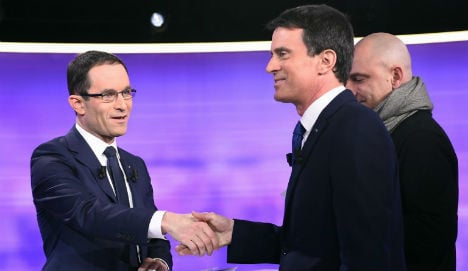 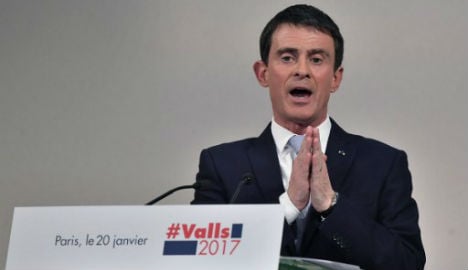