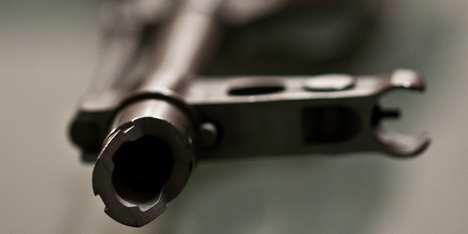 The video released in July, which was shot in the poor Ariane district of the city where the group is from, shows two masked men firing a Kalashnikov and a pump-action shotgun into the air.

Police studied the clip and, on ascertaining that the weapons were real, they arrested the two men last Wednesday. The suspects were released on bail.

The arrests came just weeks after the group's singer, who uses the name Pap, was detained after an arrest for drug dealing.