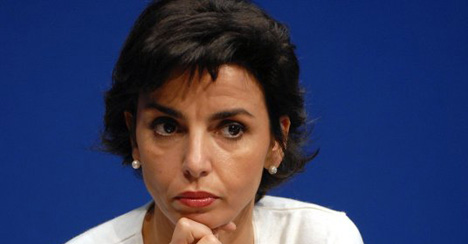 But Dati, currently a member of the European Parliament, denied the claim, telling AFP: "It's false."

The Lucien Barriere group, which Desseigne heads, made a statement through its spokesman saying Dati had made a legal bid for "recognition of paternity" for her daughter Zora, born on January 2nd, 2009.

Dati had kept the identity of the father a secret, sparking a French guessing game that prompted Spain's former prime minister Jose Maria Aznar to formally deny paternity in a bid to squash rumours.

The others who figured in the frenzied speculation included a top Qatari official, a prominent French TV host, a leading Paris businessman and Desseigne.