Asked if he was ready to be handed over to British judicial authorities for questioning, 30-year-old Jeremy Forrest who was dressed in a checked shirt and jeans, told a court in Bordeaux: "Yes."

During the 20-minute hearing, he gave one-word affirmatives to questions relating to his identity and whether he accepted a European arrest warrant.

The prosecutors told him he risked a minimum three-year term in Britain for "kidnapping a minor" while he could be held for up to five years in France if he was convicted for taking away a child from parental authority.

His pupil, Megan Stammers, was flown back to Britain on Saturday after the pair were found in the southwestern French city.

"Now that Jeremy has agreed to be extradited back to the UK as soon as possible, we look forward to the story emerging, the full story emerging, in the coming months," his lawyer Philip Smith said.

"Naturally, Jeremy is most concerned about the impact of this episode on all those affected," Smith said.

"He will make no further comment whilst the judicial process takes place and he's cooperating with the authorities."

French prosecutors had earlier said they were favourable to an extradition following an arrest warrant issued by Britain on September 25th.

The pair had boarded a cross-Channel ferry together on September 20th. Security camera pictures were released of them holding hands and walking arm in arm aboard the ferry from Dover to the northern French port of Calais.

Their parents had appealed for them to get in touch but played down fears that the schoolgirl could be in any danger.

There was never any suggestion that Stammers was taken by Forrest against her will.

The pair were discovered strolling down Bordeaux's main shopping street after a member of the public recognised Forrest from media coverage of the runaways. They were on their way to a job interview.

The manager of a hotel in Bordeaux where the couple stayed one night said they were "discreet" and "not particularly amorous".

While Stammers is not considered a minor sexually, Forrest could be deemed to have committed a crime in France if he was found to have abused the position of authority he had as her teacher.

The teacher, who plays in a rock band under the stage name Jeremy Ayre and has a wife aged 31, had hinted at a "moral dilemma" on his blog four months ago.

France has open borders with Spain, Germany, Italy, Belgium, Switzerland and Luxembourg under the Schengen Agreement, which had raised speculation that the pair might have moved on across the continent. 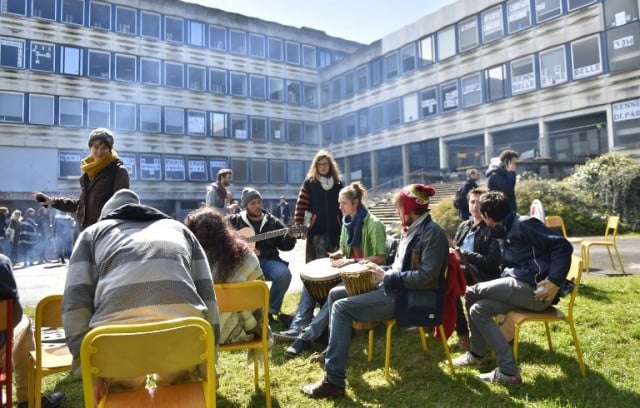 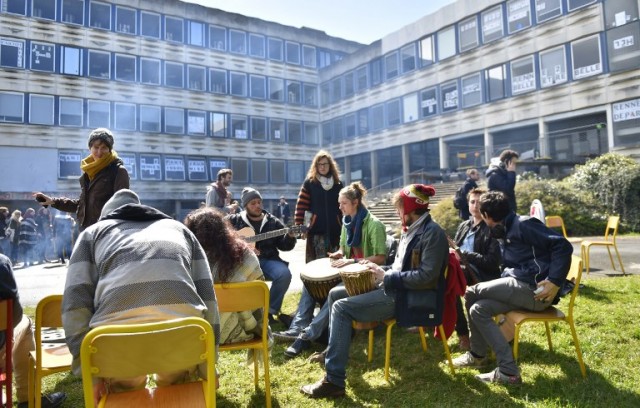 STUDENT
France a more attractive place to study than US and UK, student survey finds EDUCATION
How to survive Paris on a student budget