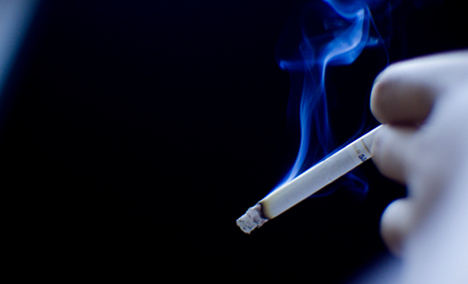 The 40-cent levy is the steepest such increase in eight years, leaving the cheapest pack of cigarettes (Gauloises Blondes) at €6.10.

Upscale brands are now more than €7 for a pack of 20, with price increases between 6.5 and seven percent, depending on the brand.

The measure also raises the price of rolling tobacco by 10 percent.

The French government expects to raise an extra billion euros a year from the cigarette tax increase.

Last year, the government raised €13.8 billion from tobacco taxes, although sales are reportedly dropping this year, according to sources close to the cigarette industry.

Since 2003-2004, when the government of the day announced a public health policy to discourage smoking, cigarette prices in France have risen 40 percent.

The new tobacco tax was amongst a package of measures, including a two percent rise in the tax on natural gas, introduced by the government on Monday.

Deposits into the savings scheme, bearing a 2.25 percent savings rate, will be used to finance social housing.