Megan Stammers boarded a flight for London's Gatwick airport, not far from her home in Eastbourne, Sussex, accompanied by a man and a woman.

She looked straight ahead of her without smiling as she walked towards the EasyJet plane, dressed in a black long-sleeved sweatshirt and black jeans, carrying a black bag with white flowers.

Dozens of journalists were kept some 100 metres away. The plane took off at 1326 GMT from Bordeaux's Merignac airport.

Stammers and Jeremy Forrest, her 30-year-old maths teacher, were found in the southwestern city of Bordeaux on Friday, 10 days after they took the ferry from Dover.

Forrest is being held in nearby Gradignan prison pending a court hearing on Tuesday, and has said he will not oppose being handed over to British authorities, according to his lawyer Daniel Lalanne.

Forrest, seen by a witness Friday evening in the corridor of a Bordeaux court without handcuffs and "a long face", surrounded by police, was "very disappointed by the sudden brake put on his romance," Lalanne said.

"He is not on the run, he was arrested while he was in Bordeaux looking for work in order to carry on his romance in a country that might be more understanding," the lawyer added.

Lalanne, who saw Forrest early Saturday along with British lawyer Henrietta Ronson, added that Forrest was not depressed. He had been well treated by French authorities and in prison, he said.

He described Forrest as "charming", seeming younger than his age and "very self-effacing."

Police in Sussex said Stammers' parents had been in contact with their daughter by telephone but had remained in Britain as they await her return.

British media had reported that Stammers' mother Danielle Wilson would be flying to Bordeaux to bring her home, but a French source close to the case said Stammers had been travelling on her mother's passport.

Forrest's British lawyer Phil Smith said in a statement: "He has agreed to return to the UK as soon as possible without the need for protracted extradition proceedings."

The pair were discovered strolling down Bordeaux's main shopping street after a member of the public recognised Forrest from media coverage of the runaways.

The manager of a hotel in Bordeaux where the couple stayed one night said they were "discreet" and "not particularly amorous".

"They arrived on September 21st late afternoon and left Saturday morning but I did not know at all that they were illegal," said Eric, the hotel manager who did not want to give his full name.

The manager said Forrest, who spoke a few words of French, registered under the name of "Jack Grant" and that he never thought Stammers was a minor.

"What intrigued me was that he came in alone, booked a double room and when I asked him where she was he told me, 'She's waiting outside', which is not how things are done generally," he added.

When they checked out the following morning, paying cash, the manager said he saw them for a short while in the lobby but "they didn't talk a lot to each other."

Prosecutors emphasised that French police were not investigating the case but simply carrying out an international arrest warrant issued by British authorities.

The pair had boarded a cross-Channel ferry together on September 20th. CCTV pictures were released of them holding hands and walking arm in arm aboard the ferry from Dover to the northern French port of Calais.

Their parents had appealed for them to get in touch but played down fears that the schoolgirl could be in any danger.

There was never any suggestion that Stammers was taken by Forrest against her will.

While Stammers is not considered a minor sexually, Forrest could be deemed to have committed a crime in France if he was found to have abused the position of authority he had as her teacher.

The teacher, who plays in a rock band under the stage name Jeremy Ayre and has a wife aged 31, had hinted at a "moral dilemma" on his blog four months ago.

France has open borders with Spain, Germany, Italy, Belgium, Switzerland and Luxembourg under the Schengen Agreement, which had raised speculation that the pair might have moved on across the continent. 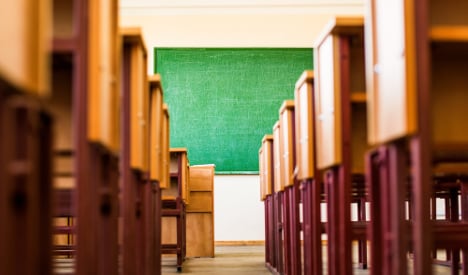 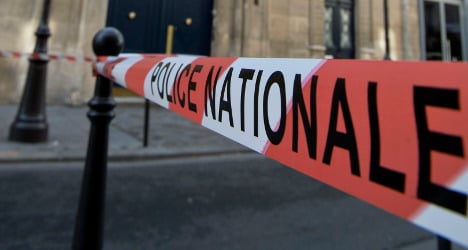