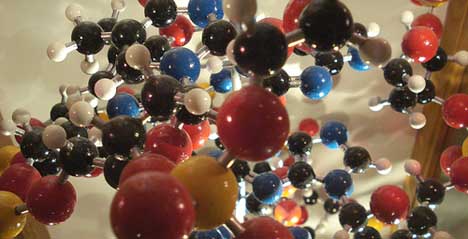 The killing of four-year-old Gregory Villemin – who was found tied up and drowned in the Vologne river in eastern France in October 1984 – sparked a long and convoluted legal saga that transfixed France for years.

Dijon prosecutor general Jean-Marie Beney said a court had agreed to a request from Gregory's parents – Christine and Jean-Marie Villemin – for new DNA tests to be conducted on the boy's clothing and shoes.

"The court granted the parents' request, supported by the public prosecutor, regarding complementary tests to search for DNA on (Gregory's) clothing" and his shoes, Beney told a press conference.

"The tests will be launched fairly quickly, in the coming weeks," he said, adding the tests were "fairly long and complicated" and would probably involve laser microdissection.

The death of "Little Gregory," as he became known, led to one of France's most notorious post-war murder mysteries, as police sought to untangle a web of family hatreds and local jealousies.

A day after Gregory's body was found, a letter arrived at the home of the child's parents — who had been receiving anonymous hate mail since 1981 – claiming responsibility for the murder and calling it "revenge".

Bernard Laroche, a cousin of the child's father, was charged with the murder a month after the boy's death, based on evidence given by a teenage sister-in-law.

He was released after she withdrew her claims, only to be shot dead in March 1985 by Jean-Marie Villemin, who spent two and a half years in prison for the crime.

Christine Villemin was herself charged with the murder in 1985. But she was finally cleared eight years later and all charges against her dropped.

The case was wrapped up in 2001 after failing to identify either Gregory's murderer or the sender of the letters, but reopened in 2010 with the hope that new forensic techniques could shed light on the case.

But it’s 68 years after his death that his daughter Rose de Hepcee and a historian Georges Muratet finally found his remains and discovered how he died.

“We exchanged information. And everything indicated that Charley was there… We couldn’t stop crying as we continued searching,” says Muratet, in an interview with Le Dépêche.

It’s thanks to De Hepcée’s DNA that authorities identified the remains.

De Hepcée was a Belgian aviator who joined resistance networks in 1940. According to La Dépêche, he organised a network of fighters in the Pyranees called “Rose-Claire”. In 1944, he was arrested and transferred to a prison in Toulouse. He was then taken to a forest with fourteen other fighters, where he shot.