Anthony Shahir, a 19-year-old Italian DJ who had queued outside the store since Wednesday morning, was the first to get his hands on the latest incarnation of the iconic device when the doors opened at 8:00 am (0600 GMT) on Friday.He emerged shortly afterwards to cheers from the crowd and admitted his relief that his trip from Rome had not been in vain.

"It was worth the wait," said Shahir, who DJs under the name Anthony Fitch and had claimed to be the first Italian to buy the iPhone 4 in 2010.

The smaller of two unions representing workers in Apple's 13 French stores had called for a strike on what was set to be the shops' busiest day of the year.

The call appeared to have gone largely unheeded, although union official Thomas Bordage said the fight for a a wage hike and the payment of a 13th month of salary, which is a common perk in France, would go on.

"The company has thrown an offer of luncheon vouchers at us as in an attempt to calm things down but we will go on demanding improved conditions for every Apple worker in France," Bordage said.

Apple management has resisted pay rises by arguing that the French branch of the firm lost €10 million ($13 million) last year.

A 300-metre-long line of devotees had formed outside the Apple store in the Opera district of central Paris before the opening. There were metal barriers outside to regulate the flow of people into the store.

Outside, a group of former Apple dealers who were sacked in July, shouted slogans demanding they be taken back, shouting "Apple you have sent jobless people to the streets", and "It is us who established Apple in France."

Apple, whose shares soared past US$700 in anticipation of the launch, says the iPhone 5 will be available in 100 countries by year's end.

Some analysts have tipped Apple to sell 10 million units globally in the opening days and 50 million before the end of 2012, giving a small but welcome boost to the US economy. 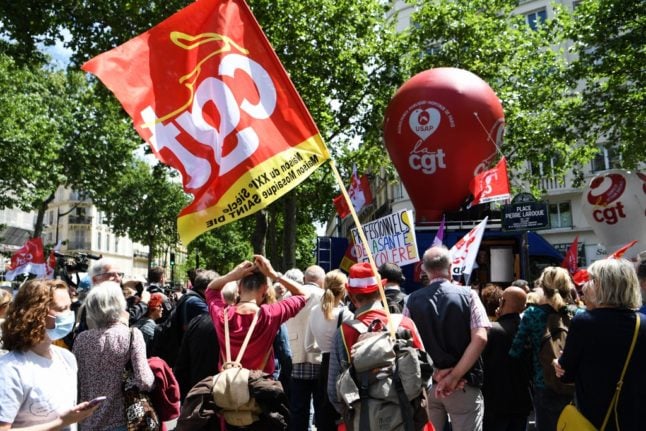