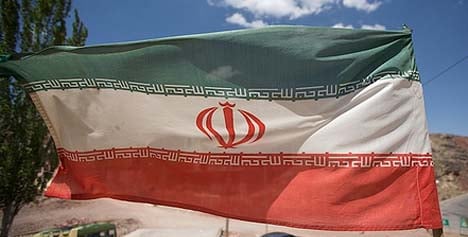 The protesters chanted "Death to France," as well as Iran's arch-foes Israel and the United States, as dozens of police deployed around the embassy compound in central Tehran prevented the crowd from approaching.

They dispersed without incident after two hours at the request of the police, however they burnt American and Israeli flags before leaving.

According to diplomats at the embassy, the foreign ministry told them the demonstration by "students" had no official authorisation, although such gatherings in Iran can not take place without a tacit nod from the authorities.

The embassy was closed as a precaution, the diplomats told AFP.

French embassies, consulates, cultural centres and schools in around 20 Muslim countries will be closed on foreign ministry orders on Friday for fear of violence following Muslim weekly prayers.

The decision by the weekly Charlie Hebdo to print cartoons mocking the Prophet on Wednesday came as fresh protests erupted around the Muslim world over an anti-Islam low budget film made in the United States.