The magazines targeted are VSD, Voici and Closer.

Strauss-Kahn's lawyer Richard Malka told AFP the suits would be filed in the coming days against the magazines which "are making money from the private lives of other people".

VSD said the woman works for a well-known television channel, adding that the purported new love interest was a "bubbly 40-something" with a "senior job in a big television channel", identifying her as someone called Myriam.

The VSD photographs showed them on holiday in Corsica, in an article titled "DSK, He is forgetting Anne with another." It claimed that with his new girlfriend, "DSK has become a gentleman again".

The woman's lawyer said they were "stolen photos" and added that his client had been "insulted on Twitter." Strauss-Kahn faces sex charges in the United States as well as France.

Strauss-Kahn's wife of some two decades, Anne Sinclair, recently confirmed their split. A former television journalist and the heiress to a large fortune, Sinclair now runs the French edition of the Huffington Post. 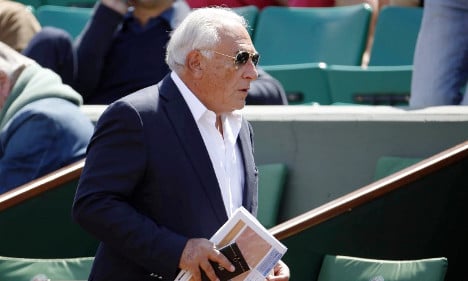