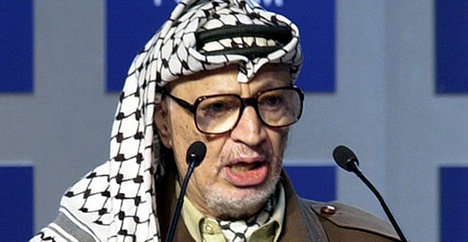 Arafat's widow Suha and his daughter Zawra lodged a murder complaint on July 31 in the Paris suburb of Nanterre.

Arafat died at a military hospital near Paris in 2004.

Allegations that the Nobel Peace Prize laureate was poisoned were resurrected last month after Al-Jazeera news channel broadcast an investigation in which experts said they found high levels of polonium on his personal effects.

Polonium is a highly toxic substance which is rarely found outside military and scientific circles, and was used to kill former Russian spy turned Kremlin critic Alexander Litvinenko, who died in 2006 shortly after drinking tea laced with the poison.

Suha Arafat has said she backs exhuming her late husband's remains from his mausoleum in the West Bank town of Ramallah.

A Swiss radiology lab at the Lausanne University Hospital Centre said on Friday it has received Suha Arafat's go-ahead to test his remains for poisoning by polonium.

Arafat, who led the struggle for Palestinian statehood for nearly four decades, died in a French military hospital after being airlifted there for treatment from his Ramallah headquarters.

At the time of his death, Palestinian officials alleged he had been poisoned by long-time foe Israel, but an inconclusive Palestinian investigation in 2005 ruled out poisoning, as well as cancer and AIDS.

Israel has consistently denied the allegations, accusing Suha Arafat and Palestinian officials of covering up the real reasons for the former leader's death. 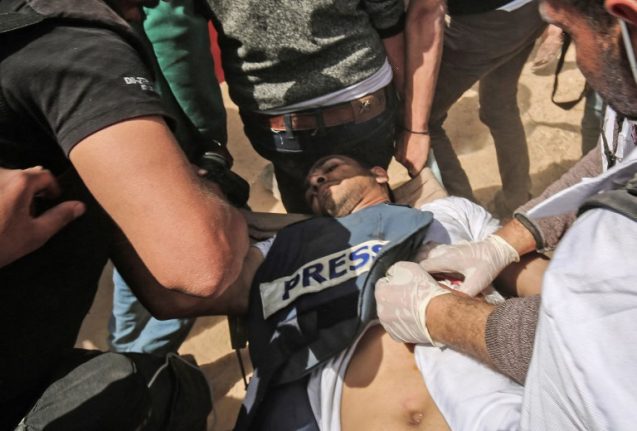 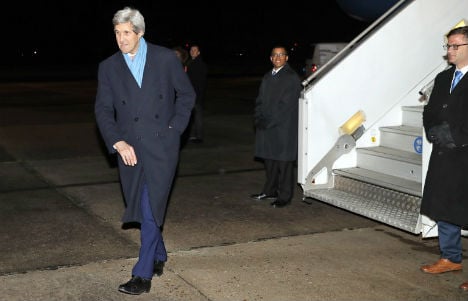 US Secretary of State John Kerry arrives in Paris on Saturday. Photo: Alex Brandon/AFP
Diplomats from 70 countries gathered in Paris on Sunday to try to revive Israeli-Palestinian peace efforts amid fears of a new escalation if Donald Trump implements a pledge to recognise Jerusalem as Israel's capital.
Neither Israel nor the Palestinians are represented at the conference, which Israeli Prime Minister Benjamin Netanyahu has dismissed as “rigged” against the Jewish state.
Opening the meeting, French Foreign Minister Jean-Marc Ayrault said the international community wanted to “forcefully reiterate that the two-state solution is the only solution possible” to the seven-decade-old conflict.
In a TV interview later, Ayrault warned that moving the US embassy from Tel Aviv to Jerusalem would have “extremely serious consequences” and predicted Trump would find it impossible to do so.
“When you are president of the United States, you cannot take such a stubborn and such a unilateral view on this issue. You have to try to create the conditions for peace,” he told France 3 TV.
Both Netanyahu and Palestinian president Mahmud Abbas have been invited to meet with President Francois Hollande to discuss the conclusions of the Paris talks.
Abbas, who has backed the meeting, is expected to travel to Paris in the coming weeks but Netanyahu rejected the offer, French diplomats said.
“The conference convening today in Paris is a futile conference,” Netanyahu told ministers at the start of a weekly cabinet meeting in Jerusalem on Sunday.  “It was coordinated between the French and the Palestinians with the aim of
imposing upon Israel conditions that are incompatible with our national needs,” he said.
Three French Jewish groups called for a protest Sunday outside the Israeli embassy in Paris to denounce the conference.
The meeting is mainly symbolic, but comes at a crucial juncture for the Middle East, five days before Trump, who has vowed unstinting support for Israel, is sworn in as US president.
Israel fears the conference could produce measures that could be put to the Security Council before Trump takes over.
The French have insisted they have no such plans.  “France has no other desire than to serve peace, and there is no time to lose,” Ayrault said.
Peace efforts have been at a standstill since a US-led initiative collapsed in April 2014. Tensions are again running high after a wave of Palestinian attacks and Israel's ongoing expansion of settlements on land the Palestinians want for their state.
On Saturday, Abbas warned that peace could be dealt a mortal blow if Trump moves the US embassy from Tel Aviv to Jerusalem, recognising the contested city as Israel's capital as he indicated during campaigning.
Such a move would mark a radical departure from US policy and the UN's position that the status of Jerusalem can only be decided in negotiations.
“Any attempts at legitimising the illegal Israeli annexation of the city will destroy the prospects of any political process, bury the hopes for a two-state solution, and fuel extremism in our region, as well as worldwide,” Abbas warned during a visit to the Vatican.
US Secretary of State John Kerry, who rebuked Israel recently over its settler activity on Palestinian territory, will join the talks on his farewell tour, along with delegates from the UN, EU and Arab League.
A draft conference communique called on Israel and the Palestinians to restate their support for two states and to refrain from “unilateral steps that prejudge the outcome of final status negotiations.”
Netanyahu has lashed out at the Paris meeting, saying only direct talks between Israel and the Palestinians can bring peace.
Israel fears being further isolated by the conference, which comes hot on the heels of a landmark December UN resolution criticising the expansion of Israeli settlements in the West Bank.
The vote passed after the Obama administration — in a parting shot at Netanyahu after years of frustrated mediation efforts — took the rare step of abstaining rather than using its veto to protect Israel.
Explaining the US abstention, Kerry warned last month that settlement expansion, terrorism and violence were “increasingly cementing an irreversible one-state reality” that would never yield real peace.
Trump, who had urged the US to veto the text, has said “there's nobody more pro-Israeli than I am”.
His choice for ambassador to Israel, David Friedman, is a hardliner who says he looks forward to working from “Israel's eternal capital, Jerusalem.”
The city's status is one of the thorniest issues. The Palestinians regard Israeli-annexed east Jerusalem as the capital of their future state, while Israel proclaims the entire city as its capital.
Nathan Thrall, senior Middle East analyst at the International Crisis Group, dismissed the conference as “inconsequential”.
“If there are no consequences, if nobody is listening, if they are repeating the same thing they said over and over again, it amounts to a charade,” he told AFP. 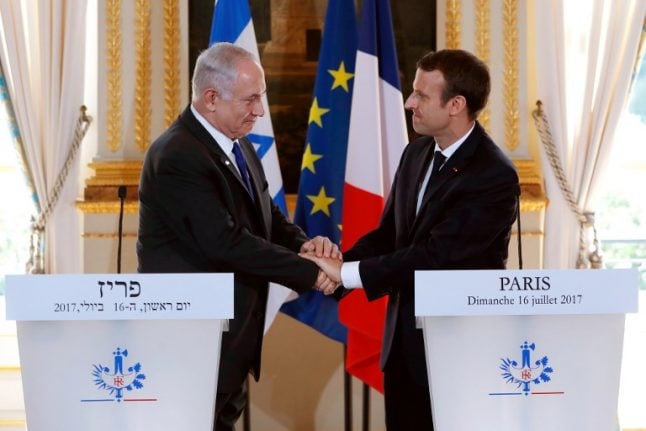