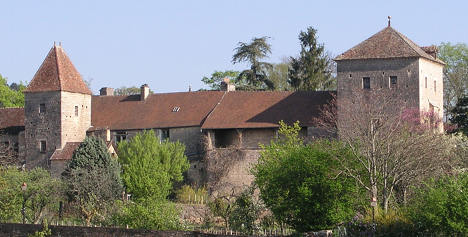 Louis Ng has shunned the French media spotlight since buying the 12th-century Château de Gevrey Chambertin for €8 million euros ($10 million) earlier this year, an investment that sent shockwaves through the French wine industry.

A top executive for Macau gambling tycoon Stanley Ho, the 60-year-old has pledged via a representative in France to invest significant sums to restore the château and upgrade its wine production.

But the investment, which includes two hectares (five acres) of vineyards in one of Burgundy's top appellations, triggered an angry backlash from local winemakers and the far-right Front National, which said the property should stay in French hands.

Hong Kong-based wine expert and author Jeannie Cho Lee, who is friends with Ng, said the businessman had a genuine passion for wine and could be trusted to manage the estate.

"Louis Ng is a special Chinese wine collector who has a lot of experience in wine. He is one of the most passionate and knowledgeable wine collectors in Asia that I know, who has been enjoying and buying wine for over 20 years," she told AFP.

"I am sure that given his genuine love for wine and for Burgundy, he will lovingly restore Château Gevrey-Chambertin to its former glory."

A representative for Ng – who lives in Hong Kong but also holds Portuguese citizenship – said the new owners would be making use of local winemakers to
tend the vines and local craftsmen to restore the 900-year-old building.

"The chateau will be renovated by a French architect who is known for his work on sites of national heritage across Burgundy," the representative said
in a statement.

Jean-Michel Guillon, the president of the Gevrey-Chambertin winemakers syndicate, said last week that a group of locals had attempted to buy the château with the idea of making it into a visitor and reception centre.

"The owners wanted seven million and they sold it for eight," Guillon said. "I hope this is not the start of a wave of foreign investors moving into Burgundy."

Unlike its rival Bordeaux, Burgundy remains dominated by relatively small estates run by winemakers who, regardless of how prosperous they may have become in recent years, regard themselves as farmers first and foremost.

Properties generally get passed down from generation to generation, making foreign ownership relatively rare, again in contrast to Bordeaux where Chinese
investors have established a strong presence.

"We have seen quite a number of Chinese buying property in Bordeaux over the past five years," said Lee, who is a wine consultant to one of Macau's biggest casino operators, Galaxy Macau.

"Most have focused on Bordeaux for obvious reasons and it was only a matter of the right opportunity came up for a Burgundian property."

She said that China's arrival as a major wine market and source of investment was bound to generate opposition.

"If you look back at the period when Japanese first became enamoured with wine in the 1980s and 1990s, there was quite a stir because Japanese started buying Bordeaux properties and investing in Burgundy domaines," she said.

"It is the same thing now with the Chinese."

Davis Fong, director of the Institute for the Study of Commercial Gaming at University of Macau, said Ng was a very senior and long-term associate of Ho, whose SJM Holdings operates 17 casinos in the former Portuguese colony.

Ho once dominated the casino industry in the southern Chinese territory, the only place in China where casino gaming is legal, but he has had to share the spoils since the market was opened to foreign investors a decade ago.

Since then it has boomed as the gambling capital of the world, with revenues four or five times higher than Las Vegas thanks to VIP high-rollers from China who account for some 70 percent of the city's casino earnings.

"He is very senior but the information about him in the public literature is quite limited. I only know that he's a very important guy and a decision maker," he said, adding that in Macau's glitzy casino business it was wise to stay below the radar.

"He is very low-profile. Keeping a low profile is a good thing."