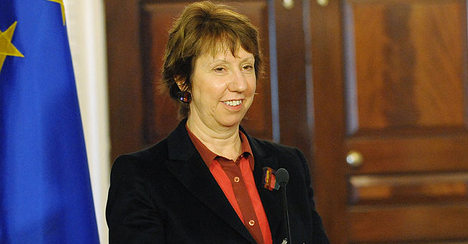 François Loncle, a party colleague of President Francois Hollande, issued the damning assessment of Baroness Ashton's performance as the EU's High Representative on Foreign Affairs in reaction to suggestions France should be doing more to force Russia to help end the crisis in Syria.

"France can't do it all by itself," said Loncle, a former minister who currently sits on the French parliament's foreign affairs committee, told Radio France International.

"It has to be done with other members of the (UN) Security Council that agree with the need to put an end to the crimes being committed in Syria.

"In this respect, one can't help but notice, once more, the weakness of European diplomacy and the uselessness of Madame Ashton, who never says anything and does strictly nothing."

Ashton, a former British Labour MP, has been repeatedly criticised by French media, diplomats and politicians since her appointment to the post in 2009 in the wake of a low-key career in British politics.