According to Amiens police headquarters, the only incident in the northern part of the city – the focus of Monday's riots – was a garbage fire. Elsewhere in the city, a fire in a waste bin and a fire by an electricity pylon were reported, according to le Figaro. Streets were reported to be deserted in the early hours of the morning.

Earlier on Tuesday evening Interior Minister Manuel Valls booed during a visit to the city.

Speaking in the area where unemployment stands at 45 percent, Valls said nothing could excuse attacks on police and the torching of public amenities.

"I have not come here to challenge a community, young people in general. I have come to say that here… law and justice must prevail," he said.

The mayor described the unrest as the product of mounting social tension in an area where the rule of law had broken down.

The clashes involving around 100 local youths and up to 150 police occurred in a deprived area of what is an otherwise prosperous city known for its
university and 13th-century Gothic cathedral.

As well as tear gas and rubber bullets, police deployed a helicopter to stop the unrest after suffering injuries caused by buckshot, fireworks and
other projectiles thrown by rioters.

The violence followed smaller-scale clashes 24 hours earlier which were triggered by the arrest of a man for dangerous driving.

The arrest was seen as insensitive as it came as many residents of the neighbourhood were attending a wake for a local 20-year-old who had died in a
motorbike accident.

Gilles Demailly, the mayor of Amiens, told AFP the violent response to the incident reflected a descent into lawlessness orchestrated by ever younger
troublemakers and put the damage at "millions of euros."

"There have been regular incidents here but it has been years since we've known a night as violent as this with so much damage done," the mayor said.

Demailly, a member of Hollande's Socialist Party, added: "For months I've been asking for the means (to alleviate the neighbourhood's problems) because tension has been mounting here.

"You've got gangs of youths playing at being gangsters who have turned the area into a no-go zone. You can no longer order a pizza or get a doctor to
come to the house."

Hollande's government has identified the northern quarter of Amiens as one of 15 "priority security zones" across the country which will be established
from September.

The emphasis will be on tougher policing rather than on schemes to alleviate the impact of record unemployment and falling real incomes for the
poorest sections of society.

"Nothing, bar nothing, can excuse shooting at the police and law enforcement officials or the burning of public equipment," Valls said.

Figures released Tuesday showed the French economy flat-lining in the second quarter of the year and most economists expect a further deterioration as Hollande's government cuts spending in most areas in order to reduce its budget deficit in line with eurozone requirements.

Trade unions battling job cuts across French industry have already warned of a "hot autumn" of protest unless the government eases up on the austerity
drive.

But Hollande on Tuesday made it clear he regarded the unrest in Amiens as primarily a problem of criminality and promised a tough response.

"The state will mobilise all its means to combat these violent acts," Hollande said. "Security is not only a priority for us, it is an obligation."

"For three months, Hollande has had responsibility and has given contradictory messages on the subject of law and order. We should
unfortunately not be surprised by such violence," he said.

Amiens usually has about 30 police officers on patrol at night but authorities said Tuesday they add boost numbers to about 250 to avoid a repeat
of the violence.

The extra police would include anti-riot officers who have trucks mounted with water canons. 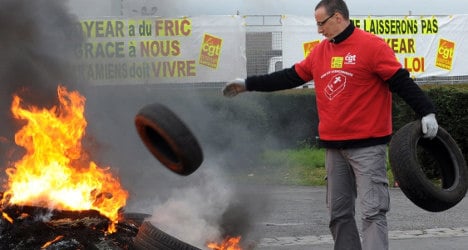 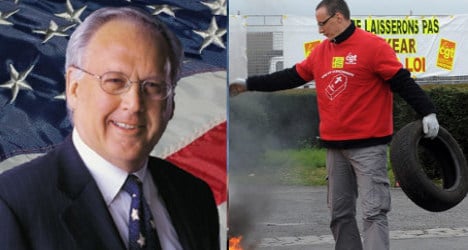 AMIENS
‘In the US taking a boss hostage is kidnapping’ 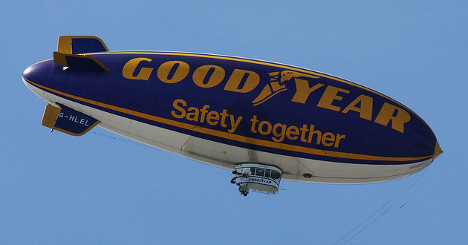