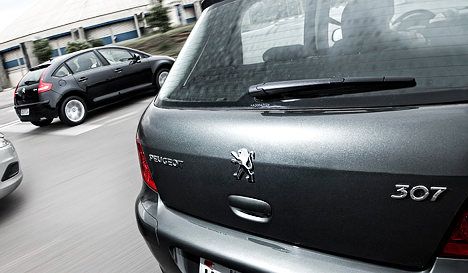 Union reaction was uncompromising, describing the announcement as a “declaration of war” and an “earthquake,” with the hardline stance certain to add to the problems facing the new Socialist government.

President Francois Hollande was elected in May on a promise to put the economy back on track, focusing on growth rather than the austerity policies adopted across Europe in face of the the eurozone debt crisis.

The auto industry is strongly unionised and a major employer in French manufacturing, with job losses there having a knock-on effect on the wider economy.

PSA, France’s biggest carmaker and second in Europe to Germany’s Volkswagen, said it expected the European market to shrink 8.0 percent this year and had to adjust its business in the face of the worsening outlook.

For the period 2007-12, the market is down 23 percent, it said, compounding problems which left its plants operating at just 76 percent of capacity in the first half of this year, down from 86 percent a year earlier.

PSA said the problem was even worse in the small car segment, which accounts for 42 percent of its sales “and where most of the competing models are made in low-cost countries”.

As a result, the auto division is expected to report an operating loss of some €700 million ($860 million) for first half 2012, producing overall a net loss for the period.

PSA said in a statement that it would cease production at its Aulnay site near Paris which employs 3,000, with 1,400 jobs going at its Rennes plant.

In addition, some 3,600 jobs will be cut across the corporate structure, as the company continues “reducing costs and improving its operating efficiency.”

“I am fully aware of the seriousness of today’s announcements, as well as of the shock and emotions they will arouse,” chairman Philippe Varin said in the statement.

“The depth and persistence of the crisis impacting our business in Europe have now made this reorganisation project indispensable in order to align our production capacity with foreseeable market trends,” Varin said.

The measures should allow the company “get back on track” and secure its future as well as auto production in France, he added.

PSA, trying to cut the overcapacity that is blighting the whole European industry, announced earlier this year a tie-up with US giant General Motors in an effort to cut costs.

Previously released figures showed PSA first half European sales down 18 percent to 980,000 cars and commercial vehicles, with its market share falling to 12.9 percent from 13.9 percent.