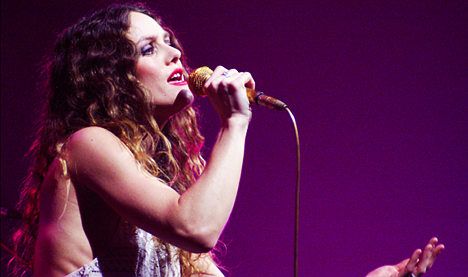 The “Pirates of the Caribbean” star and Gallic star have been together for 14 years, but rumours of trouble have circulated for more than a year, leading to Paradis denying a split in January.

The couple, who divide their time between France and the United States, have two children aged 10 and 13 but have never married.

In January, Paradis flatly denied a split, telling French Canal+ television station: “The rumour is false, of course it is false .. It’s a rumour that could really damage my family,” she added.

One day earlier she had joked about the rumours, saying: “I separate in the winter, in the summer I get married.

“As soon as I eat three peas, I’m pregnant… As soon as I visit a town, I’m buying a house….. I’ve been getting married every year for 15 years!” the French star told Europe 1 radio.

Depp has had a number of celebrity partners over the years, and has been engaged to four: Sherilyn Fenn, Jennifer Grey, Winona Ryder and Kate Moss, according to the IMDb movie industry website.

The 49-year-old — whose latest film is Tim Burton’s “Dark Shadows,” and who is lined up for a fifth “Pirates of the Caribbean” outing — was married to Lori Anne Allison in 1983 but divorced in 1985.

No details were released about arrangements for or custody of the children.

Paradis, 39, is more famous in France than abroad. She began as a model and singer before branching into movies. Her films include 1999’s “La Fille sur le Pont” (“Girl on the Bridge”) and, more recently, last year’s “Cafe de Flore.”

She and Depp divided their time between a home in the Hollywood Hills and a farm in the south of France, while they have also owned apartments in Paris, Manhattan and in the Bahamas, according to IMDb.

By Hollywood standards they have been remarkably discreet, making headlines for their respective career successes rather than any romantic strains or scandals.

But for more than a year rumors have been circulating about the state of their once idyllic relationship, fueled by increasingly infrequent public appearances together.

In February 2011 Depp came to cheer on his partner when she staged a concert in Los Angeles. The actor was seated not far from French rocker Johnny Hallyday.

A few months earlier, Depp told AFP in an interview that he and Paradis played together a lot, and that she was “very talented.”

But months later Depp appeared on his own on red carpets at almost all the awards season events in early 2011, while in April this year Paradis came alone to a concert by Hallyday in Los Angeles.

The pair have never acted in the same film, but were known to sing together at friends’ events. Paradis also dedicated her 2000 “Bliss” (2000) to her partner.

While Paradis’ career has slowed somewhat, Depp’s has skyrocketed during the 14 years they have been together, making him one of Hollywood’s biggest stars along with actors like George Clooney and Brad Pitt.

His versatility has seen him star in Hollywood blockbusters including the “Pirates of the Caribbean” franchise but also smaller independent movies such as last year’s “Rum Diary,” or quirky works with Tim Burton.