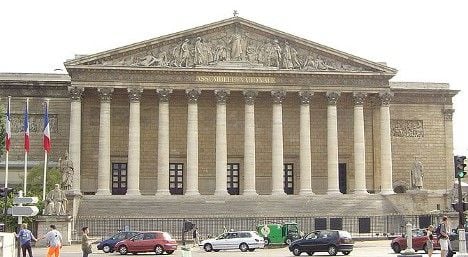 The new member of parliament will sit in Paris and take responsibility for French citizens residing in the recently established constituency comprising the UK, Ireland, Scandinavia and the Baltic states.

“I think it is great that we will have a representative in the French parliament,” long-term Stockholm resident Hervé Pasquier told The Local.

“I hope it will improve communication between Paris, the embassy and French people living here,” he added.

It is expected however that London’s substantial French population will be the decisive voice in the choice of candidate to represent a constituency which spans some 4 million square kilometres.

Of the 20 candidates who have registered for the post, nine are based in London which is home to some 300,000-400,000 exile French, according to figures published by the BBC.

“All of the main parties have chosen candidates based in London,” said Philippe Marlière, professor of French and European politics at University College London to the British broadcaster.

“It’s going to be a London contest,” he added.

The French parliament has long had representatives from French overseas territories but 2012 marks the first time that its expat population will be offered representation.

French citizens living abroad already have the right to vote in both the presidential and parliamentary elections but many choose not to take part and the change is hope to adress this situation.

The Northern Europe consituency is one of 11 new expat constituencies with others including Spain and Portugal, East Africa, South America and North America.

The French electorate goes to the polls on June 10th in the first round of the parliamentary elections.

The second round of voting will take place on June 17th.