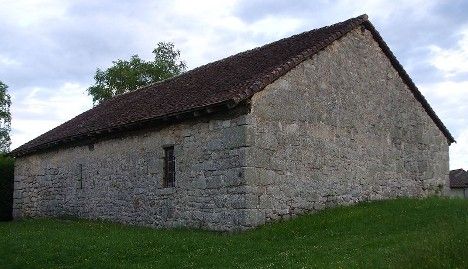 Courbefy is a hamlet consisting of twenty-one buildings in the Haute-Vienne region of south-western France and has lain abandoned since 2008.

As The Local reported last week the rural backwater was being put up for auction with an asking price of a mere €330,000.

The sale however attracted interest from a number of buyers and three interest parties battled it out in the auction on Monday afternoon. The winning bid was placed by the South Korean artist Ahae.

A representative for Ahae’s company Ahae Press Inc. explained that the artist intends to intitiate a project that will be “environmental, artistic and cultural”, promising to “resemble projects initiated elswhere”, according to a report in the France Soir daily.

Courbefy was originally a medieval royal fortress, but was destroyed at the end of the 16th century on the orders of local powerbrokers in Limoges.

Towards the end of the 20th century the sole remaining resident of Courbefy began buying up all of the buildings in the village, after having set up a hotel and restaurant.

He was however declared bankrupt in 2008 and the village has since then lain empty and the properties in the hands of his creditors.

Courbefy’s new owner was born in Kyoto, Japan in 1941, but is based in New York and holds South Korean citizenship. Ahae is a photographer and his most recent French exhibition “Through my window” opens at the Tuileries Gardens in Paris on June 26th.