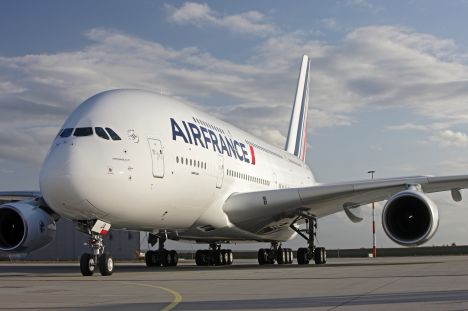 It was the first time Air France-KLM, which employs 53,000 people, publicly referred to an excess of staff.

In a progress report on a three-year turnaround strategy announced in January, the company also said 34 planes would be cut from its short- and medium-haul Air France fleet of 250 aircraft by 2014.

Chief executive Alexandre de Juniac explained that most of the planes were leased and would be returned.

The fleet for Air France-KLM’s low-cost unit Transavia, which operates flights to destinations in Europe and the Mediterranean, would however triple in size from eight to to 22 planes by 2016, the company said.

Newspaper reports on Monday said Air France-KLM was looking to cut 5,000 jobs over three years, about half through voluntary payoffs.

According to French daily Le Figaro, management is counting on 800 people leaving the company through normal attrition, but will also open a voluntary buyout offer for all personnel, including pilots.