The measured reaction contrasts with concerns that his victory could trigger a run on French debt, force up bond yields and derail Paris’ deficit-cutting plan.

However, at Capital Spreads in London, trader Nam Truong commented that the votes in France and Greece “brought eurozone fears back to the fore.”

He said: “The strong bond formed between Merkel and Sarkozy has been broken and investors are concerned that austerity talks between Merkel and Hollande will collide and if additional stimulus will be used to prop up ailing eurozone economies.”

He noted that “Hollande told supporters in Tulle in central France – ‘Austerity is not an inevitability’.”

And he commented that in Greece “if a majority coalition cannot be agreed another election is likely to be called bringing new political and economic uncertainty.”

At IG Markets, institutional trader Chris Weston said that among negative headlines for financial markets as the week begins were “Mr. Hollande’s (much expected) victory in the French elections” and “most prominently uncertainties around the Greek election.”

He suggested that a coalition to emerge from the Greek election may seek changes to austerity measures demanded by the European Union and International Monetary Fund in return for releasing rescue funds by stages. He also noted that the IMF had suggested it would “withhold aid if the new austerity measures are not finalised.”

Weston said that it might not matter who formed the new Greek government “as long as the $3 billion (2.3 billion euros) in initial spending cuts and $11 billion in cuts to be identified for 2013/14 are realised.” 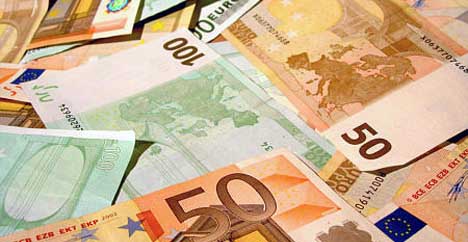 "This year, half of the net debt purchasers come from Asia and the Middle East compared to 33% in 2011 and 20% in 2010," said AFT head Philippe Mills in an interview on the Next Finance website.

Only 30% came from the eurozone, with French entities, in particular insurance companies, well represented.

Mills also noted that commercial banks had drastically reduced their purchases of French debt during the eurozone debt crisis to 10% in 2012.

However Mills said he did not see any signs of re-domestication of the French debt market.

France's stock of debt is still mostly held by foreigners — 62.7% at the end of June — although this figure has been declining for a year.

France has enjoyed historically low medium- and long-term borrowing rates, with short-term rates sliding into negative territory this year as investors flee the debt of weaker eurozone countries for the likes of Germany and France.