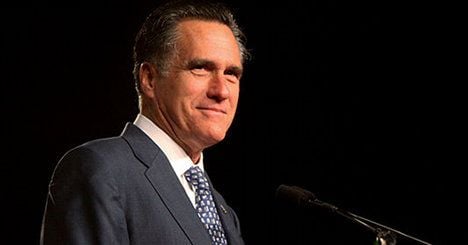 Romney, the all-but-certain Republican nominee to face President Barack Obama in November’s election, spent two years as a Mormon missionary in France in the 1960s and gushed about his time in the country.

“I think the best memories were with my wife on vacations from time to time in France,” he told reporters before a town hall event in Aston, Pennsylvania.

“The last vacation we had there walking around the city of Paris and walking not just the Champs-Elysees but also over to the Jardin of Luxembourg and around the city,” he went on.

“It’s one of the most magnificent cities in the world and I look forward to occasional vacations again; it’s such a beautiful place.”

The comments came just days after Romney rebuked Obama for “jetting around the world,” playing too much golf and failing to rein in widening scandals that have hit two federal agencies.

“I would not be jetting around the world and using four years in office to see the world, but instead I would consider the four to eight years in office as a time to get America back on track,” Romney told conservative radio host Bill Cunningham last week.

And in an interview with National Journal, he warned that Obama was setting a bad example for Americans by taking “elaborate vacations” instead of focusing on the economy.

Throughout the campaign, Romney has made frequent allusions to his vast wealth, and Democrats have seized on the gaffes to portray him as a privileged member of the super-rich who can’t relate to middle-class and working-class Americans.

During a televised debate, Romney challenged Texas Governor Rick Perry to a $10,000 bet, and later mentioned that he has friends who own NASCAR and football teams, and that his wife drives “a couple of Cadillacs.”

In addition, many conservative US Republicans hold lingering resentment toward France dating back to 2003, when Paris opposed military intervention in Iraq to oust Saddam Hussein.

In the heat of the primary race earlier this year, rival Newt Gingrich released an ad attacking Romney for speaking French. COVID-19
UPDATE: EU agrees to reopen borders to 15 countries but excludes US from safe travel list