France goes to the polls on Sunday to choose two candidates to contest a second-round presidential run-off on May 6, and Hollande is the opinion poll favourite, on course to oust right-wing incumbent Nicolas Sarkozy.

Asked in an interview with Europe 1 radio on the last official day of campaigning before the first round what the ECB could do to support growth, Hollande said: “There are two ways of doing that.

“The first is to lower interest rates, and I support that,” he said, adding that his second solution would be to allow the central bank to lend directly to eurozone member states rather than just to private lenders.

The ECB reacted to the eurozone financial crisis by providing unprecedented cheap credit to banks in a bid to encourage them to lend to embattled member states by buying sovereign bonds at reasonable interest rates.

But some experts pushed for it to go further towards monetising state debt, calling for it to provide credit directly to member governments and to expand its inflation-busting mandate to encompass pro-growth activism.

The ECB is forbidden by law however from purchasing government debt directly, and some economists argue that such a move would remove pressure on heavily-indebted governments to get their finances in order.

Hollande has campaigned on his platform of a wider mandate for the central bank, but in the event of his victory France will find itself on a collision course with the eurozone’s economic powerhouse, Germany.

Berlin is dead set against changing the ECB’s current role of focusing on maintaining price stability.

When asked by a journalist on RTL radio if the figure would be 0.2-0.3 percent, Fabius replied that "it's around this figure", having previously recalled that the forecast had first been 1.2 percent, and then 0.8 percent.

Fabius did not specify whether he meant that the previous forecast of 0.8-percent growth would be cut to 0.2-0.3 percent, or by 0.2-0.3 percentage points which would put the new forecast at 0.5-0.6 percent.

He said: "There was a growth forecast which was to begin with 1.2 percent. Then it was revised to 0.8 percent and now, as across Europe, things don't seem to be going at all well. We will be obliged to revise downwards.

He said: "This must be done in the next few days."

Fabius's comments caught the government's Finance Ministry in Bercy off guard and statements denying  the forecasts were to be revise were quickly dispatched.

"As the Finance Minister Pierre Moscovici, has repeated several times, the growth forecast for 2013 in France is not yet set because there is a procedure to comply with European partners," read a statement released from Bercy.

"I confirm that, as the prime minister has said, we will be obliged to revise our targets for a simple reason. That is that in 2012 we anticipated weak growth of 0.5 percent, it was zero," he said.

"Therefore, we do not have this base of growth for a forecast as high as we had anticipated."

Someone else who thinks Fabius might have got it wrong is head of business union Medef, Laurence Parisot, who believes the minister's figure of 0.2 percent growth far too optimistic.

"Based on what we see on the micro-economic level, that all of us experience everyday business, we are not sure of 0.2% growth. We are at best at zero percent and in many sectors we are less than that, " she said. 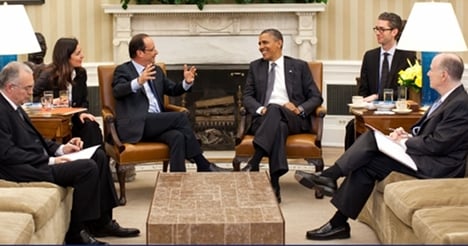 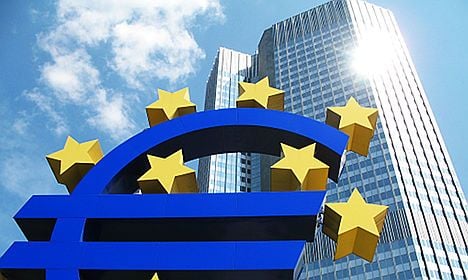