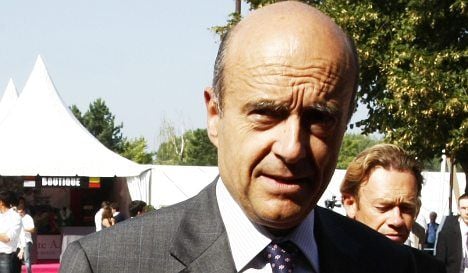 “I regret that Russia continues to lock itself into a vision that isolates it more and more, not just from the Arab world but also from the international community,” Foreign Minister Alain Juppé told journalists.

Juppé was speaking ahead of talks in Paris with around 13 fellow foreign ministers from countries backing tougher action against Assad, and regretted that his Russian counterpart Sergei Lavrov would not be present.

“I personally invited Mr Lavrov to come,” he said.

With Russian opposition preventing the adoption of a UN Security Council resolution condemning Assad, an ad hoc group of states who dub themselves the “Friends of Syria” are examining other options.

France’s President Nicolas Sarkozy said Thursday that these could include the imposition of humanitarian corridors within Syria in order to get aid to beleaguered opposition bastions.

Juppé said the Paris meeting would also discuss boosting the number of UN monitors on the ground overseeing a theoretical ceasefire, which Assad has vowed to respect under a UN and Arab League peace plan.

“The regime is not living up to its undertakings. The ceasefire is not being respected,” Juppé said.

“Can we deploy an effective observer force on the ground, which would have numbers? We’d need at least 300 to 400 robust, well-equipped observers with the means to travel around the country,” he said.

“Our second objective: if that is not possible within a certain timeframe, what other measures or initiatives can we take to end the massacre.”