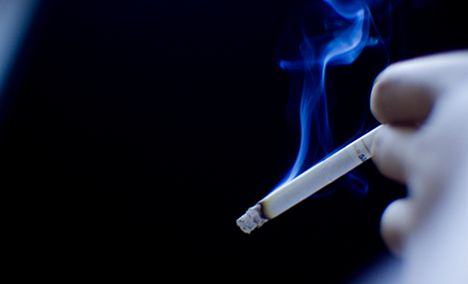 Terraces that are covered in plastic during the winter are a common sight in Paris and most bars allow smoking on them.

A smoking ban was introduced in cafes, bars and restaurants on January 1st 2008, yet more places appear to be ignoring the rules.

A cafe in central Paris was closed down for ten days two weeks ago after a surprise police check discovered patrons smoking and ashtrays on tables.

“The number of complaints we receive is colossal,” said Gérard Audureau, president of DNF.

The five cafes to have been charged are all situated on major boulevards in Paris.

“Smoking is increasing indoors as a result of the tolerance shown on terraces,” said Audureau.

“Bit by bit, customers go from the terrace inside the bar, cigarette on the go, and old habits come back with the agreement of cafe owners.”

DNF has already said it will appeal any decision that lets the five cafes off the hook.