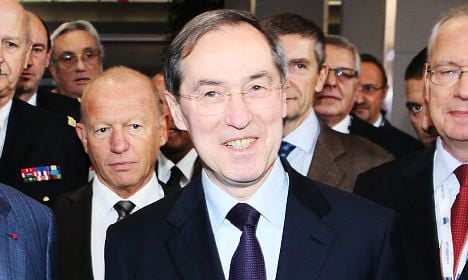 An Algerian radical and a Malian imam were sent back to their home countries on Monday, the interior ministry said in a statement.

A Saudi imam would not be let back into the country, a Turkish imam and a Tunisian radical would also shortly be expelled, and others would follow, the statement added.

At an election rally in the eastern city of Nancy on Monday, President Nicolas Sarkozy said he was sending a very clear message.

“All those who make remarks contrary to the values of the Republic will be instantly put outside the territory of the French Republic, there will no exception, there will be no leniency,” he said.

French police arrested 19 people in a crackdown on suspected Islamist networks in dawn raids on Friday as Sarkozy made the battle against extremism a keynote of his re-election campaign.

Of those, 16 were still in custody on Monday, sources close to the investigation said.

Some of the arrests were made in the southwest city of Toulouse, where gunman Mohamed Merah was shot dead by police last month after a 32-hour siege at a flat there.

Of the two deported on Monday, Algerian activist Ali Belhadad had served 18 months in France for his part in a 1994 attack on a Marrakesh hotel in which gunmen killed two people and wounded two others, said the ministry.

Belhadad, who had in recent weeks re-established links with the radical Islamist movement, had been deported to Algeria, the ministry said.

Also deported on Monday was Malian imam Almany Baradji, who had been preaching anti-Semitism and advocating the wearing of the full-face veil, said the ministry. Wearing the full-face veil in public is illegal under French law.

The ministry said that Saudi imam Saad Nasser Alshatry, who had promoted the isolation of women, was currently out of France but would be refused entry should he try to return.

France last week banned four Muslim preachers from entering the country for a conference of the Union of Islamic Organisations in France (UOIF), citing their “calls for hatred and violence”.

In Algeria meanwhile, one of the lawyers for Merad’s father said a 10-strong legal team would represent him in his lawsuit against France’s elite RAID police unit that killed his son.

Mohamed Merah was shot dead by a police sniper on March 22 at the end of  a 32-hour siege at his flat in Toulouse.

The 23-year-old had shot dead three soldiers, and three children and a teacher at a Jewish school, in three attacks last month.