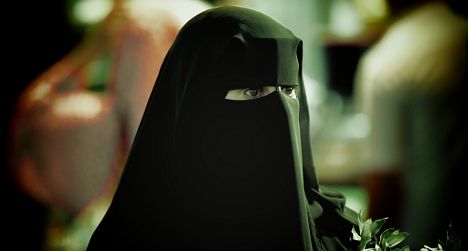 FIFA banned the wearing of veils in a 2007 ruling, citing safety concerns.

A decision in early March permitted the testing of specially designed head covering for four months. The new headscarves will be fastened with velcro rather than pins. A final decision will be taken on July 2nd.

Such a move would be a “backward step”, according to feminist group “Ni Putes Ni Soumises” (“Neither whores nor submissive”).

“We hope FIFA doesn’t take this decision,” said the group’s president, Asma Guefini, reported in French daily Le Monde. “It would be a backward step for women.”

Some suspect influence is being wielded on the matter by Qatar, which will host the football World Cup in 2022.

“We can see the influence of prince Ali Bin al Hussein, who is one of the vice presidents of FIFA and, of course, of Qatar,” said an anonymous source reported by the newspaper.

In December a number of women’s organisations wrote an open letter to FIFA president Sepp Blatter to demand the ban on the veil be kept in place.

France has a ban on the wearing of religious symbols in the country’s schools, often referred to as the “headscarf ban”, although it applies to all religious items.

However, the ban does not apply to sporting events, unless they are in school.

On Sunday, a referee refused to officiate a women’s football match when players for one of the teams took to the pitch wearing headscarves.

The Langeudoc-Roussillon league must now decide whether to order the match to be replayed.

The headscarf ban in global football has provoked controversy and calls for the rule to be changed.