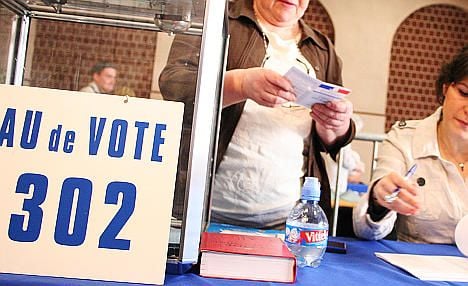 Data compiled by the prestigious Sciences-Po university and published by weekly magazine L’Express looked at the voting plans of a range of groups including civil servants, gay people and Muslims.

Latest opinion polls suggest put President Sarkozy and his Socialist rival, François Hollande, ahead of other candidates. Each is polling around 27 percent of first round votes.

Behind them sit Marine Le Pen of the Front National, polling around 17 percent, and centrist François Bayrou on around 13 percent.

The new survey shows that 78 percent of gay people plan to vote and around half will opt for Socialist Hollande.

After that Nicolas Sarkozy can expect 21 percent of the gay vote, lower than his national score.

Some of the sharpest divisions appear among religious groups, with Muslims overwhelmingly likely to vote for centre or Socialist candidates while Catholics are more right wing.

Among Muslims, Hollande polls close to half (47 percent), while the centrist candidate François Bayrou sees a bump in his score up to 31 percent. Just five percent of Muslims say they will vote for President Sarkozy.

Data from the Sciences-Po says that in 2007, 95 percent of Muslims voted for Socialist candidate Ségolène Royal against just 5 percent for Nicolas Sarkozy.

Catholics, who make up around half of all French people, are far more likely to vote for Sarkozy (50 percent) than Bayrou (14 percent) or Hollande (13 percent).

Among Jewish people pollsters point out that the small number of Jews in France makes data subject to statistical errors.

However, researcher Claude Dargent, interviewed by TV channel France 24, said Jewish people are “more likely to vote for the left.”

Around 30 percent of French people claim to have no religious affiliation.