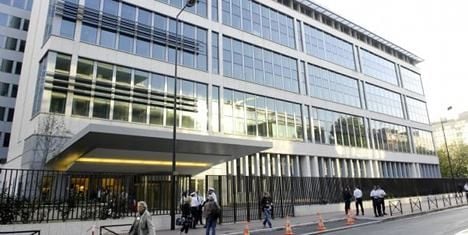 The head of the SNOP union, which represents senior police officers and is the main labour body for members of the DCRI security agency, said his members planned a “gathering” at their Paris headquarters on Friday.

Union secretary general Jean-Marc Bailleul said his members were protesting “human resources management” at the spy agency, and in particular the recent naming of a senior administrator to a post normally held by a field agent.

A smaller union said it wanted no part in the protest, and it was not clear how many of the agency’s 4,000 intelligence officers planned to take part.

The head of the DCRI, Bernard Squarcini, said he had resolved the dispute by closing an administrative post in the anti-terror divisions and giving it to a “field-tested officer” from the ranks represented by SNOP.

Bailleul said his union would reject any attempt by agency outsiders to make political capital out of the internal labour dispute, at a time when France is in the midst of a tense presidential election campaign.

President Nicolas Sarkozy, who is running for re-election, made it a priority to reform the DCRI, which his government set up as a merger of the former DST domestic security service and RG political police.

But he has also been criticised for allegedly being too close to Squarcini, who is under judicial investigation over allegations he illegally ordered surveillance on a journalist from Le Monde newspaper.