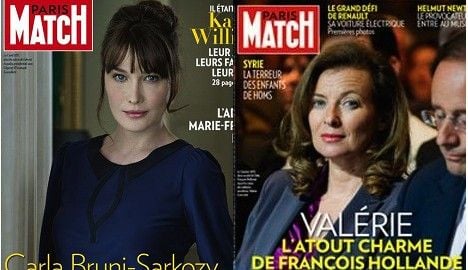 But whether Carla Bruni-Sarkozy reclaims her first lady spot or Valérie Trierweiler wrests it away from her, an air of glamour and a faint whiff of scandal will likely linger in the presidential palace.

Trierweiler is tipped to take on the role, according to opinion polls which consistently put her partner, Socialist François Hollande, ahead of the incumbent Nicolas Sarkozy.

But no one is ruling out a come-back by the combative right-wing president.

The two women — each a vital part of the campaign arsenal even if neither candidate has so far deployed his elegant partner too overtly — could not be from more different backgrounds.

Bruni, 44, is the wealthy daughter of an Italian industrialist, while Trierweiler, 47, is the offspring of a disabled father and a mother who worked at the ticket office of an ice rink in the Loire Valley.

Both brunettes carved out highly successful careers for themselves: Bruni as a supermodel and pop singer and Trierweiler as a political journalist for Paris Match magazine and as a television presenter.

And their relationships with their men both began in circumstances that raised many eyebrows.

Cecilia had stood by his side on election night in May 2007 even though she knew that their relationship was over — apparently by her choice.

In an ironic parallel, Hollande had stood loyally by his ex-partner Ségolène Royal, the mother of his four children, as she battled Sarkozy for the presidency in the same 2007 race.

Hollande had been in a relationship with Trierweiler, whom he had known for two decades, since 2005 but kept it quiet with the help of a compliant media.

Trierweiler, a divorced mother of three, says in a new book, extracted in the Paris Match magazine for which she works, that Royal knew of their liaison.

“She knew the truth about the real nature of the ties uniting Francois and me,” she told the author of “Valérie, Carla, Cecilia, Bernadette and the others on the campaign trail.”

Reports of their rivalry led to speculation — which she denies — that Trierweiler made sure that Royal was airbrushed out of a film screened to the faithful at Hollande’s campaign launch in January.

She received the unlikely support of Bruni in the book, who slams the idea of “preventing a women practicing her profession on the grounds that she is a high-profile politician’s wife” as “ultra-macho.”

Bruni’s outrage came after Trierweiler was forced to drop a weekly television political show she presented in which she interviewed presidential candidates following accusations of conflict of interest.

Trierweiler, who is credited with persuading her formerly chubby partner to slim and wear sharper suits, also last November agreed not to cover politics for Paris Match during the presidential campaign.

She lashed out at the magazine on Thursday after she found herself and her boyfriend on the glossy front page beside the headline: “François Hollande’s charming asset. The story of how their love was born.”

Trierweiler, who supports Hollande on the campaign trail and has an office at his headquarters, tweeted her fury at not being informed by her employer that she was their top story for the week.

She sarcastically congratulated the magazine, in a second, even angrier tweet, for reducing her to a trophy companion.

Carla, who last October gave birth to Giulia, her daughter with Sarkozy, has also had to put her career on hold. She has stopped touring as a singer but still writes songs and records albums.

She played a small role in Woody Allen’s movie “Midnight in Paris.”

Both couples are pulling out all the stops to present themselves as “normal” and down-to-earth people.

Sarkozy’s popularity plummeted at the start of his mandate after the then cigar-smoking and Ray Ban-wearing president was perceived to be consorting with the rich and famous and neglecting ordinary people.

“We are modest people,” insisted Bruni last week in a claim that has prompted mirth among political opponents. She also claims that she is happiest lounging at home in a tracksuit and watching soap operas.

Trierweiler, for her part, boasts that she copes with the stress of the election campaign by doing laundry, while her wannabe presidential partner has always portrayed an image of himself as an average guy.

The Trierweiler-Hollande team is currently the favourite among the French.

An opinion poll this week in Paris Match said 40 percent wanted them to be the next presidential couple, with just 26 percent plumping for their rivals.

There are of course several other presidential candidates in the race but few observers believe they have a chance of winning.

Most French would not be bothered by having an unmarried couple in the Elysée. But a French president might encounter problems while visiting a conservative country with an unmarried woman in tow. 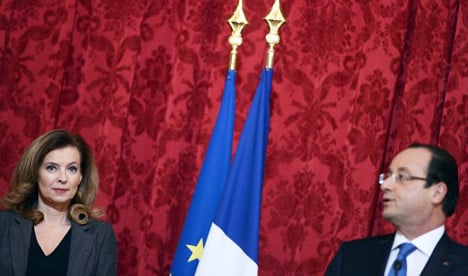 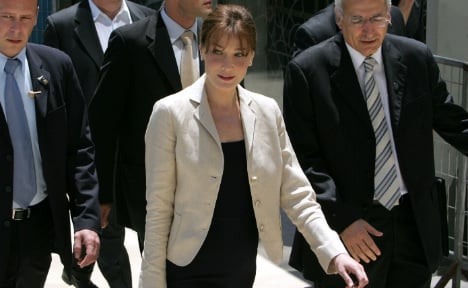 ISRAEL
Carla Bruni ‘crazy about Israel’ ahead of show 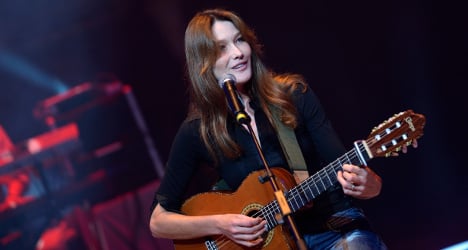 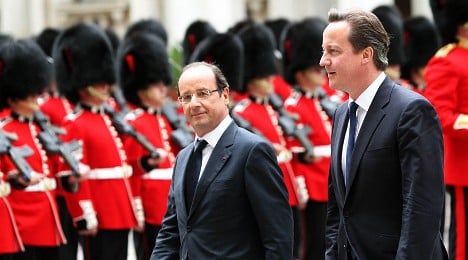 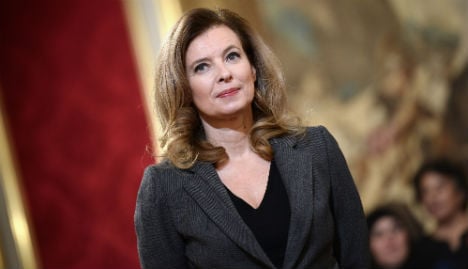