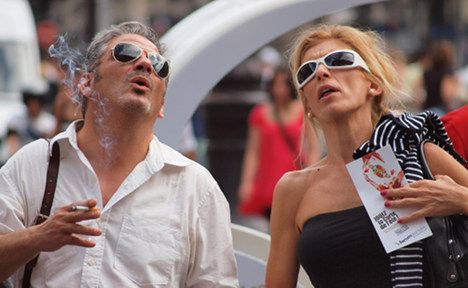 The survey, conducted by American travel website Living Social, asked 5,600 people their views about the behaviour of tourists from around the world.

Americans finished top of the survey, even among the Americans who were taking part.

20 percent of those surveyed ranked tourists from the US as the worst.

Chinese tourists were named by 15 percent of those asked and the French were just behind at 14 percent.

The tourists likely to be most welcome were from Australia, Switzerland and Ireland, all being named by just 2 percent of people.

The survey also found that around four in ten people had stolen something from a hotel room.

The most common items to be taken were towels (28 percent), bathrobes (8 percent), pills (4 percent) and remote controls (3 percent).

France is the world’s top tourist destination and 2011 was a record year for visitors to Paris, with numbers up by 3.5 percent.

However, French tourists have been named and shamed in the past.

A survey in 2008 asked hotel workers in six countries to name the worst tourists, and those from France were considered the worst in Europe.

The biggest complaint was that the French were bad at tipping and more likely to be critical and rude.