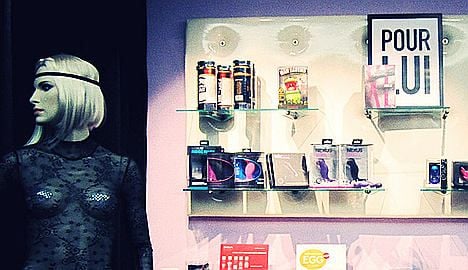 But the court in the French capital found that Busnel had violated the law by selling the products at his shop in central Paris, which is 90 metres from a local elementary school.

He said he would have to close the shop in the coming months, with three people losing their jobs.

His lawyer Richard Malka said he would appeal and denounced the verdict as based on “the most retrograde morality and the most worrying puritanism”.

“France is today the only country in the Western world to consider a vibrating duck as a pornographic object,” he said.

Malka said the restriction would make it nearly impossible for anyone to open a sex shop in densely populated central Paris.

“This decision will inevitably lead to a ban in a capital of the Western world on all businesses selling sex toys,” he said.

A lawyer for the Christian group, Henri de Beauregard, said he was “satisfied that the law has been applied” and that “the protection of children is not retrograde”.