The disgraced French politician also heard on Wednesday that the first court hearing in a US civil case, brought by the New York hotel maid who alleges that he sexually assaulted her, will take place on March 15th.

DSK, as he is known in France, will thus face legal proceedings on both sides of the Atlantic next month.

A French judicial source said Strauss-Kahn, once considered a front-runner to become the next president of France, would be summoned to appear before investigating magistrates in Lille on March 28th on charges linked to prostitution and corruption.

The 62-year-old former Socialist minister was released after being detained for about 32 hours for questioning on the charges of “abetting aggravated pimping by an organised gang” and “misuse of company funds”.

He was swiftly whisked away in a car under a police motorcycle escort from the police station in the northern city of Lille, where dozens of journalists had gathered.

“He explained himself fully about all the events he was questioned on,” Strauss-Kahn’s lawyer Frederique Baulieu said, but she declined to comment on his future summons.

He was also to be quizzed by France’s police internal affairs department, the IGPN, which is conducting a separate inquiry into a senior officer, Commissioner Jean-Christophe Lagarde, who has been charged with pimping.

Under French law, aggravated organised pimping carries a prison term of up to 20 years and profiting from embezzlement five years and a fine.

Investigating magistrates want to know whether he was aware that women who entertained him at parties in restaurants, hotels and swingers’ clubs in Paris and Washington were paid prostitutes.

They will also ask whether Strauss-Kahn knew the escorts were paid with funds allegedly fraudulently obtained from a public works company by his hosts.

Paying a prostitute is not illegal in France, but profiting from vice or embezzling company funds to pay for sex can lead to charges.

Lawyer Henri Leclerc has said his client may not have known he was with prostitutes as “in these parties, you’re not necessarily dressed. I defy you to tell the difference between a nude prostitute and a nude woman of quality.”

The former managing director of the International Monetary Fund acknowledges having an uninhibited sex life, but rejects any role in pimping or corruption and has indicated he will deny any criminal wrongdoing.

The US hearing next month will air arguments on pre-trial motions and is not the start of the trial itself.

Nafissatou Diallo says Strauss-Kahn attempted to rape her in his Manhattan Sofitel hotel room where she had gone to clean on May 14th last year.

Strauss-Kahn was arrested later that day but insisted he was being framed and prosecutors later dropped charges, saying the maid had credibility problems.

The civil suit seeks unspecified damages from Strauss-Kahn, who is married to a wealthy French journalist.

Friends of Strauss-Kahn have claimed a conspiracy to bring him down, removing what had been seen as a viable challenge to French President Nicolas Sarkozy.

The pair are alleged to have links to a network of French and Belgian prostitutes centred on the Carlton Hotel in Lille, a well-known meeting place of the local business and political elite in a city run by the Socialist Party.

In all, eight people are facing trial in connection with the “Carlton affair”, including three executives from the luxury hotel itself, a leading lawyer and the police chief, Lagarde.

The last of the sex parties is said to have taken place during a trip by a group from Lille to Washington between May 11th and 13th last year.

One day later, on May 14th, Strauss-Kahn was arrested in New York.

Strauss-Kahn has also been accused by 32-year-old French writer Tristane Banon of attempting to rape her in 2003. Prosecutors decided there was prima facie evidence of a sexual assault, but ruled that the statute of limitations had passed. 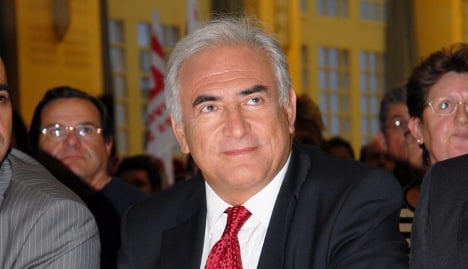 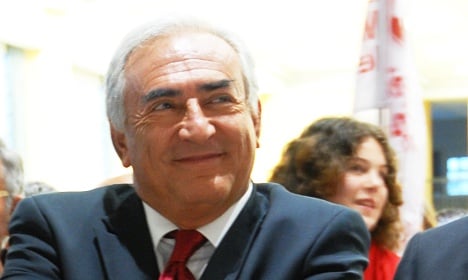