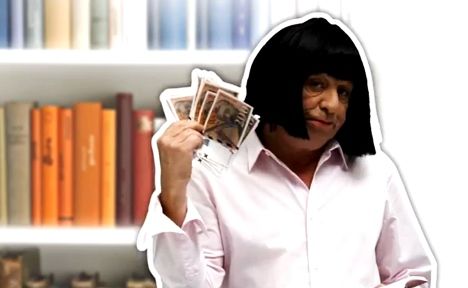 The final death knell of the French franc will be sounded when the bank closes on Friday, after which notes of 20, 50, 100, 200 and 500 francs will no longer be accepted.

The notes received by the Banque de France will be turned into paper bricks that can be used for heating.

The bank believes there are still 4 billion francs lying around the country, equal to €600 million ($788 million).

A campaign has been running on TV to get the message across. In the two commercials, the same actor plays two different characters who finds franc notes stashed away.

In one, a character called Jean-Gérard asks Pierre-Marie if he knows what his grandmother told him to put in his washing to make it smell good. “Yes monsieur Jean-Gérard” says Pierre-Marie. “French franc notes, ten years ago.” Jean-Gérard gasps with shock as a voiceover asks viewers to remember where they may have left their last French francs.

In a second commercial the two men are dressed as women and find notes in some books.