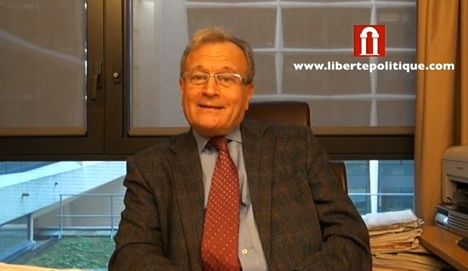 “I will not be excluded and I have no intention of leaving the UMP,” he said in an interview with radio station Europe 1.

Vanneste is an MP with Nicolas Sarkozy’s governing UMP party for the Nord region of the country.

On Tuesday a 20-minute video was released showing him addressing the camera and making a number of remarks about gay issues.

This included his beliefs about the “famous legend of the deportation of homosexuals.”

While acknowledging that gays were persecuted by the Nazis, Vanneste claimed that “apart from the three annexed departments, there were no deportations of homosexuals from France.”

Vanneste said his UMP colleagues, who want to expel him from the party, reacted too quickly.

“I’m not happy that to please the media, politicians who have too little time didn’t take the trouble to find out what I actually said and preferred to listen to the lobby that’s pursued me for years,” he said.

In the video, Vanneste also complained that a high number of gay people in the media has given gay issues a high profile “out of proportion with the role it has in the wider public, where it continues to be extremely marginalised.”

Nicolas Gougain, spokesman of the gay rights organisation Inter-LGBT, told The Local the remarks were “shocking” but “typical Vanneste.”

“The remarks are a bit similar to those made by Jean-Marie Le Pen several years ago about the Nazi gas chambers being a “detail” of history,” he said.

Le Pen made his famous remark in 1987 when he said the chambers were a “minor point” in the history of the Second World War.

While Gougain praised the UMP’s quick reaction to Vanneste’s remarks, he speculated that the party’s rapid response could have another motive, particularly after Nicolas Sarkozy’s comments in an interview at the weekend that he would continue to uphold the ban on gay marriage.

“There’s a sense that they’re making the most of this controversy. Look, we’re getting rid of this guy, look how we’re not homophobic,” he said.

“Yet, Christian Vanneste has been promoting these theories for ten years, perhaps not on the deportation, but on other gay matters such as the over-representation of gay people in the media.”

A meeting of senior UMP officials on Wednesday will decide the fate of the MP.