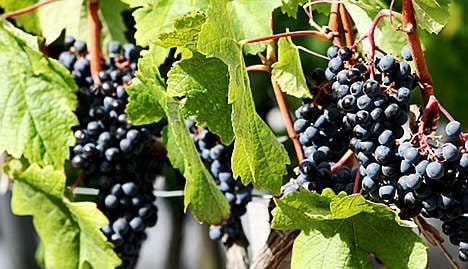 “The sector has weathered the return of the crisis fairly well,” said federation president Louis Fabrice Latour at a press conference.

The federation said there was growth around the world, particularly in Asia though less so in Europe, and was due mainly to sales of Bordeaux wines, Cognac and Champagne.

With a surplus of €8.6 billion ($11.3 billion), wine and spirits were the second-largest contributor to France’s trade balance after the aerospace industry and ahead of the perfume and cosmetics sector, the federation said.

Latour said the growth was due more to a 10.5 percent rise in prices than to a 2.4 percent volume increase.

Emerging market exports continued to rise and in 2011 accounted for more than one billion euros, the federation said.

Exports to Asia rose sharply, with China jumping two spots to become the third-largest importer of French wine and spirits after the United States and Britain.

He added that the sector was having some difficulty recapturing sales in traditional markets such as Germany and Britain, because of fierce competition and the crisis.

Belgium, France’s third-largest European importer, was for example in the red across the board, with sales down seven percent and shipments down six percent.

Europe still remained the main market for French wine and spirits, at €4.1 billion, up three percent in 2011.

The federation said 2012 orders had so far been as expected and it foresees stable sales of around €10 billion over the year.