Taking its cue from the familiar route of European actors to be cast as the baddies in US films, Dujardin is seen playing roles ranging from James Bond’s nemesis to an assassin of the Smurfs.

The film was made for the American website Funny Or Die.

Dujardin is viewed as a hot favourite for an Oscar for his role as a silent movie star battling to save his career after it is torpedoed by the arrival of the “talkies.”

He has been part of the campaign to woo voters for the prestigious awards, which will be presented in Los Angeles on February 26th.

Dujardin may also be involved in some damage limitation after risqué posters for a new film in Paris had to be removed.

The posters for a new film, “Les Infidèles” (The Players), showed Dujardin dressed in a smart suit and tie holding the bare legs of an upside down woman, his head between her high-heeled feet, under the caption “I’m going into a meeting.”

Another poster featured his co-star, Gilles Lellouche, with a woman kneeling in front of him as he tells someone on the phone “it’s going to cut out, I’m going into a tunnel.”

French advertising regulator ARPP said the posters degraded women and requested them to be removed. New posters have now appeared in Paris showing the two men sitting looking at women.

The internet in France was buzzing with speculation that the controversy could ruin Dujardin’s chances to be the first Frenchman to win a best actor Oscar.

“The Artist” has been nominated for ten Academy Awards, putting it just behind the eleven for Martin Scorsese’s lavish 3D adventure “Hugo”. 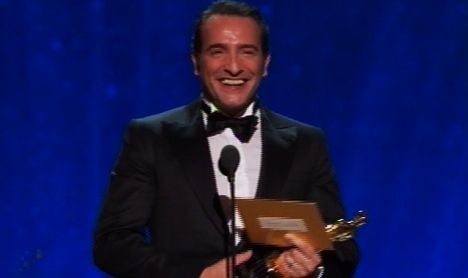 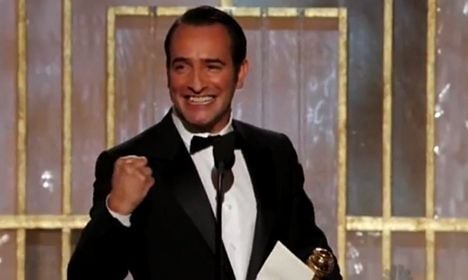 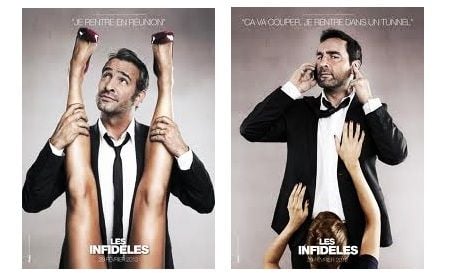