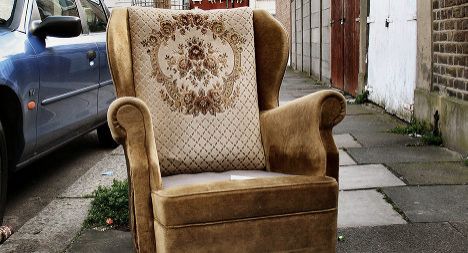 The incident took place in the village of Marsillargues, close to the southern cities of Montpellier and Nîmes.

Local newspaper Midi Libre reports that last week the landlord arrived with two men late at night while the tenant was away.

Together they changed the locks and started to unload all the furniture and belongings from the 45-metre-squared apartment. “It’s nothing, just someone moving,” he told an inquiring passer-by.

The next morning, locals woke to find the fully equipped apartment on the street and started to help themselves.

“Everyone was going through his affairs,” said one villager. “I even saw someone go off to get their car and then load it up. One woman was helping herself to the lamps without even asking questions.”

The belongings included furniture, clothes and even a guitar.

The tenant himself arrived home from a business trip on Friday evening to find his door locked. He quickly realised that everything had been removed and alerted the police.

“The police didn’t record my complaint, saying they were unable to act,” he told the newspaper. He has now taken up the matter with a lawyer.

Village authorities have also stepped in to help out the man and have asked to meet the landlord.

“You can’t behave like that,” said the mayor, Bernadette Vignon, “particularly in the winter.”

The village is also launching a plan to get back as many of the man’s possessions as possible from his neighbours.