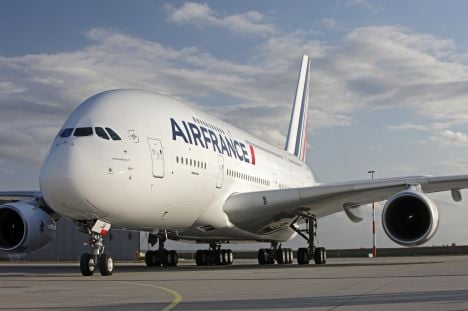 Flight disruptions were limited on Monday, the first day of a four-day action against restrictions on the right to strike, but there were a number of last-minute cancellations and delays.

An AFP reporter at Charles de Gaulle, a global aviation hub, said a number of flights were also cancelled at the last minute, including Air France flights to Geneva, Hamburg, Naples, Istanbul and Rio.

“As staff are not obliged to inform in advance of their intention to strike, and to limit disruption caused by last-minute cancellations, on February 7th Air France expects to operate over 50 percent of long-haul flights,” it said in a statement.

It added that it expected to fly 70 percent of short and medium-haul flights on Tuesday, including those operated by its regional subsidiaries.

Air France urged customers to postpone their travel to after the strike finishes, and sent out more than 25,000 emails and mobile phone text messages to clients warning them their flight had been cancelled or delayed.

Regional airports were also hit by delays and cancelations.

Aviation workers including pilots, flight attendants and ground staff voted on Friday to launch a nationwide strike from February 6th to February 9th.

The unions are protesting a draft law that will require aviation workers to individually give 48 hours notice prior to striking, saying this limits labour rights.

The bill was approved by France’s lower house last month and is being debated in the Senate.

Labour leaders vowed the strike would pick up steam, with Yves Deshayes, the head of the SNPL pilots’ union, saying “the mobilisation will reach a crescendo” in the coming days.

The union said half of Air France pilots were on strike.

The airline did not provide information on the percentage of employees participating in the strike.

Hundreds of activists rallied in support of the strike at Charles de Gaulle and Orly on Monday.

Transport Minister Thierry Mariani said the government would not go back on the bill, which he said was aimed at protecting “passengers’ rights”.

“We will go all the way. This is necessary and that is something the French people understand,” he said on RTL radio.