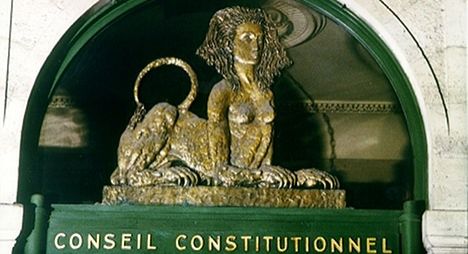 Turkey reacted furiously last week when the Senate approved the law which threatens with jail anyone in France who denies that the 1915 massacre of Armenians by Ottoman Turk forces amounted to genocide.

President Nicolas Sarkozy’s office last Tuesday brushed off angry threats of retaliation by Turkey and vowed to enforce the law within a fortnight.

But the left-wing group of senators said on Tuesday they had gathered 76 signatures from senators opposed to the law, more than the minimum 60 required to ask the council to examine the law’s constitutionality.

The council is obliged to deliver its judgement within a month, but this can be reduced to eight days if the government deems the matter urgent.

Turkish Prime Minister Recep Tayyip Erdogan has denounced the law as “tantamount to discrimination and racism”.

On Tuesday he hailed the French senators’ move, speaking on television.

Erdogan has warned that his Islamist-rooted government would punish Paris with unspecified retaliatory measures if Sarkozy, whose right-wing UMP party initiated the bill, signed it into law.

France has already officially recognised the killings as a genocide, but the new law would go further by punishing anyone who denies this with up to a year in jail and a fine of €45,000 ($57,000).

Turkey disputes the figure, arguing that 500,000 died, and denies this was genocide, ascribing the toll to fighting and starvation during World War I and accusing the Armenians of siding with Russian invaders.

Armenia hailed the passage of the bill through the French Senate, with President Serzh Sarkisian writing in a letter to Sarkozy: “France has reaffirmed its greatness and power, its devotion to universal human values.”