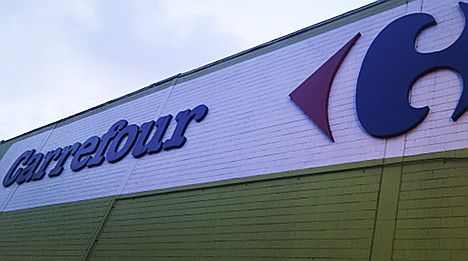 Carrefour runs 9,500 shops under various brands in 32 countries and is France’s biggest private employer as well as the world’s second largest retailer after US group Walmart.

Plassat, 61, who currently runs clothing retail group Vivarte, will become general manager with executive powers on April 2nd and is then expected to be confirmed as chairman at a shareholders meeting in June.

“Carrefour’s Board of Directors, which met yesterday, unanimously selected Georges Plassat … to succeed Lars Olofsson as chairman and chief executive officer of Carrefour Group,” a statement from the firm said.

“Lars Olofsson informed the board of directors of Carrefour that he would not seek the renewal of his mandate as chairman and chief executive officer at the next Carrefour shareholders’ meeting to be held on June 18th, 2012.”

“Georges Plassat declared he is well aware of the magnitude of the task ahead, which will require the support of all within the company.”

Plassat’s current firm Vivarte owns the André, Caroll and Kookai brands. He has previously run the smaller French supermarket chain Casino and was once a Carrefour executive in its Spanish operations.

He is considered within the industry an expert on rescuing troubled firms, having led a multi-million dollar leveraged buyout of Vivarte by investment funds Charterhouse, Sagard and Chequers.

Carrefour, however, is a much bigger beast. Last year, the firm had sales totalling €91.5 billion, up only 0.5 percent on the year, after a tough fourth quarter in which sales were down 0.8 percent on 2010.

Earlier this month, Carrefour confirmed that it expected its 2011 operating profit would be between 15 and 20 percent lower than in 2010.

The retailer posted a 2010 operating profit of €2.97 billion, with discount supermarket chains such as its DIA brand — which has since been sold — accounting for €232 million of the total.

It still employs 410,000 people globally but its core business model — massive out-of-town hypermarkets — is not seen as having kept pace with consumer demand and it has lost market share in its core French base.

The profit warnings were an embarrassment for the group, which lost 45 percent of its share value during 2011.

Carrefour has also had difficulty in emerging markets. Its Chinese arm was fined last year for false price labelling and there have been allegations of accounting irregularities in Brazil.

An attempt to merge Carrefour and Casino’s Brazilian operations failed.