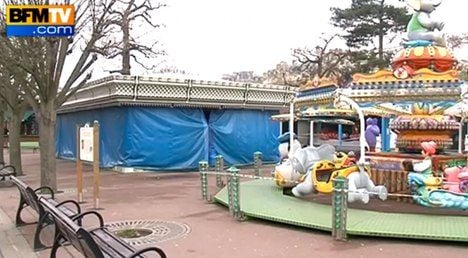 The accident happened on Saturday afternoon in the Jardin d’Acclimatation, which sits in the western Bois de  Paris’ western 16th arrondissement.

At around 3.30pm the girl got on one of the rides, which features small cars and motorbikes. After a few minutes on the ride the girl’s scarf got caught in the motor of the ride, strangling her.

The girl was able to receive emergency medical attention from a doctor and fireman, who happened to be visiting the park at the same time, reported BFM TV on Sunday. She was taken to the Kremlin-Bicêtre hospital south of Paris.

On the park’s website, the management said the rides would be closed as a mark of respect after the accident.

The park’s head told BFM TV that such an accident had never happened before.

“This is the first time in the history of the park that we’ve had a serious accident,” said Marc-Antoine Jamet.

Police have launched an inquiry into the accident while security checks are made on all the park’s rides.