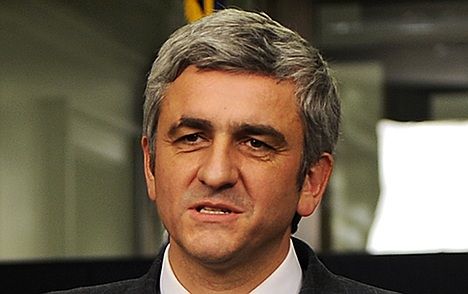 The only problem with his claim was that Morin was born in 1961, while the allies arrived 17 years earlier in 1944.

Morin was speaking in the southern city of Nice when he made the comment.

“For those of you with some grey hairs who saw, close to here, Operation Dragoon [known as the “débarquement de Provence” in France]” he began, “and for me who saw the allied troops landing in Normandy. We have seen much more difficult challenges than those we are living through today.”

The comments immediately sparked a wave of sarcastic messages on the social networking site Twitter.

The comments used the hashtag #MorinMcFly, in a reference to the time travelling Marty McFly, played by Michael J Fox, from the Back To The Future films.

“Hervé Morin will be seeing President Abraham Lincoln today for a working meeting” joked one tweeter.

“Everyone goes on about Joan of Arc. I can tell you that she was anything but a virgin” said another.

A third claimed Morin could reveal how to win a fortune: “I’ve got the winning numbers for the next Euromillions lottery draw!”

Morin is a centrist politician and leader of the Nouveau Centre party and was minister of defence from 2007 until 2010. He is so far trailing in the polls, gaining just 0.5 to 1 percent of votes.