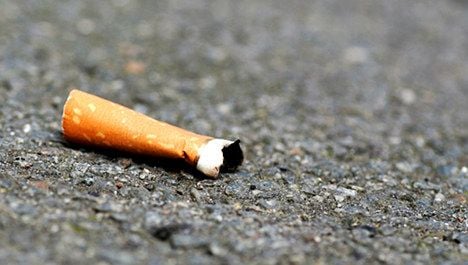 L’Express magazine reported that the fine will be the latest plank of its strategy to cut litter in the city.

“A cigarette butt is very toxic and takes several years to degrade,” said the man in charge of the city’s cleanliness, François Dagnaud.

315 tonnes of mégots, as they are known in French, are collected each year.

Since a smoking ban was introduced in public places in 2008, the number of cigarette butts in the streets has increased as smokers take to puffing outdoors.

Figures released earlier this week revealed a 5 percent drop in the number of cigarettes sold in the final quarter of 2011.

The drop coincided with price rises that have put a packet of cigarettes above the €6 level.

Health experts say it is too early to say whether the drop in smoking is permanent or just a temporary response to the price increase.

SMOKING
MAP: The places in France where people smoke the most
Url copied to clipboard!