The year’s first poll by the Ifop institute for the Journal du Dimanche newspaper had Hollande beating Sarkozy by just two points in the first round of voting on April 22nd, at 29 percent to 26.

It forecast Hollande would then go on to win by 54 percent to 46 in the May 6th head-to-head run-off – the closest margin between the two favourites in many months and two points closer than in the last Ifop poll in December.

Sarkozy’s supporters have begun privately boasting that the momentum in the race now favours Sarkozy, who has been slowly building support while his once dominant rival’s campaign got off to a lacklustre start.

The president is not expected to officially declare his intention to run for a second five-year term until March, but no-one doubts he will and his weekly agenda has long resembled a campaign programme.

Hollande, a former Socialist leader who has never held ministerial office, enjoyed strong public support during his party’s primary season last year, but has made a slow start to the campaign proper.

Le Pen, the daughter of Front National founder Jean-Marie Le Pen, was at 19 percent – down one on December – and Bayrou up one on 12 percent.

Trailing them come another dozen fringe candidates, but only left-winger Jean-Luc Melenchon, at six percent, is predicted to get more than three. 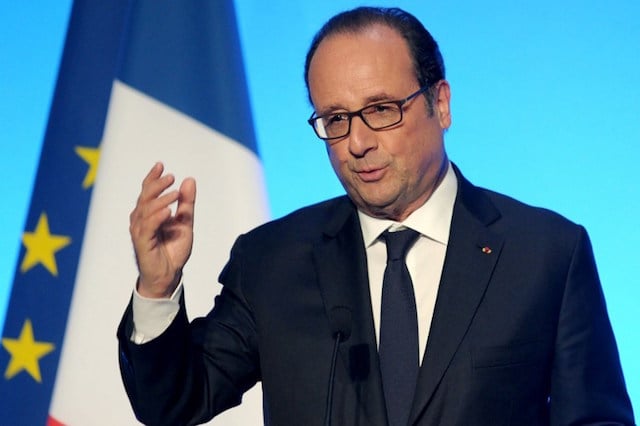