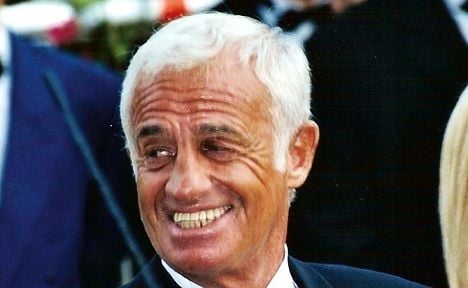 Police said a probe had been launched but did not disclose the value of the goods stolen from the homes of the veteran actor and director, whose breakthrough film was New Wave director Jean-Luc Godard’s “Breathless” in 1960, and his ex-wife Nathalie Tardivel.

A source close to the probe said the 78-year-old actor’s home was the principal target and that jewellery was stolen.

Neither Belmondo nor Tardivel was home at the time of the robbery.

The thieves fled when a burglar alarm in Tardivel’s flat went off.

Belmondo and Tardivel divorced in 2008 but she lives in a section of his mansion.

78-year-old Jean-Paul Belmondo shot to fame in 1960 when he appeared alongside American actress Jean Seberg in “Breathless”.

He has received numerous film awards, including a Palme d’honneur at the Cannes film festival in 2011 for his body of work.

At the time the festival’s president, Gilles Jacob, described him as “one of the greatest French actors of all time.”

Belmondo is also a Commander of the Legion d’honneur, France’s top award for achievement.