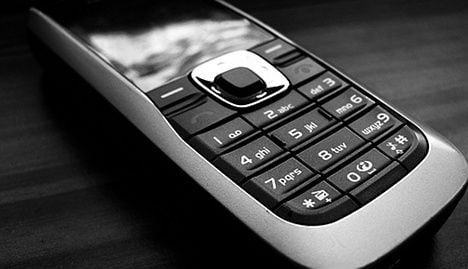 Around 930 million text messages were sent at the start of 2011, placing huge demands on the networks of France’s three main operators: Orange, SFR and Bouygues.

In early 2011, some Orange clients were shocked to discover they had a bill of almost €400 ($518) for their New Year text greeting, reported daily newspaper 20 Minutes on Friday.

The cause of the inflated charge was a technical error that caused some messages to be sent several times. Overcharged customers were not forced to pay the costs.

This year, operators have put in place special teams to manage the flow of traffic as 2011 becomes 2012.

“It’s like a motorway where, all of a sudden, you have seven times as many cars arriving at the toll booths,” said Mathieu Leclerc, an engineer at mobile operator Bouygues.

“We will slow down some SMS messages to let others through and keep the traffic moving,” he told the newspaper.

Bouygues is expecting an increase of 60 percent compared with last year on the number of text messages.

Rival operator SFR expects a 20 percent increase. The huge jump is explained by the introduction of special packages with unlimited text messages.

An average text message takes seven seconds to reach the recipient. On New Year’s Eve it could take from a few minutes to several hours.